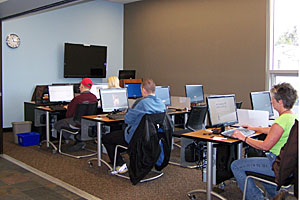 The diminutive city of under 10,000 people has built its own infrastructure and has set up an independent ISP to sell the service, which will cost residents an incredibly reasonable $57 per month.

The city is located around 90 kilometres north of Calgary, and the fibre is being built by the Olds Institute for Community and Regional Development, non-profit that works with the municipal government on projects such as this.

Google’s Fibre project has enabled similar speeds for U.S. customers in Kansas and Missouri, and it’s ten times the available bandwidth as even Roger’s fastest cable internet tier. Fibre also has a much higher uplink capacity, essentially eliminating the delay on video uploads and Skype conferencing.

Olds is in the minority in Canada, but it may set a good precedent for other small cities with similar infrastructure issues. Prior to this, Olds faced a serious bandwidth crunch, as high-speed internet from the incumbents did not extend past the big cities.