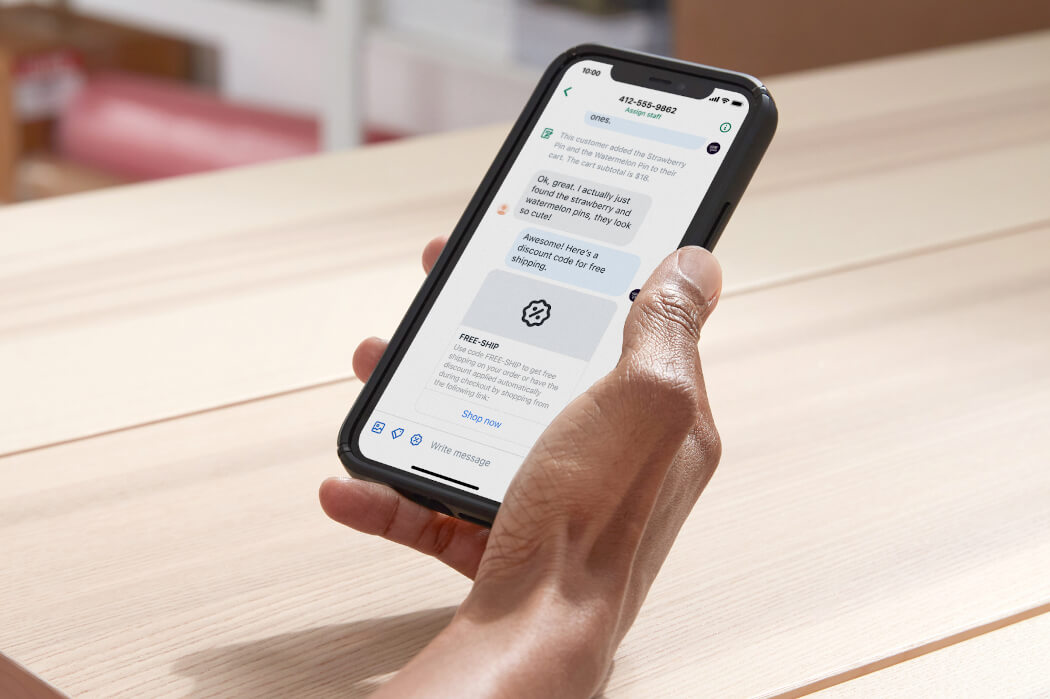 Shopify’s head of product for retail and apps referred to Shopify Inbox as “the biggest update to Shopify’s conversational commerce products in over a year.”

Shopify’s head of product for retail and apps, Arpan Podduturi, referred to Shopify Inbox as “the biggest update to Shopify’s conversational commerce products in over a year.”

“This is a quickly evolving space,” Podduturi said. “Inbox is going to help a lot of entrepreneurs discover new ways to connect with buyers and innovate on commerce.”

According to Shopify, customers who engage in chat conversations with Shopify merchants are 70 percent more likely to convert into buyers. Shopify Inbox allows merchants to create automated messages, including away messages and order updates and away messages via chat, and use saved response shortcuts.

A Shopify spokesperson told BetaKit, given the shift in commerce to an online-first model during COVID-19, merchants have begun using chat “as a primary driver of sales.”

In the near future, Shopify plans to roll out a Shopify Inbox integration with Instagram and a new Shopify Inbox feature that will allow merchants to automatically classify chats based on topic and identify those that are likely to lead to a sale.

Forget unrealistic portrayals of women’s bodies being shoved in our faces by advertisements- make way for Nettle’s Tale, a Vancouver-based eshop that sells real…