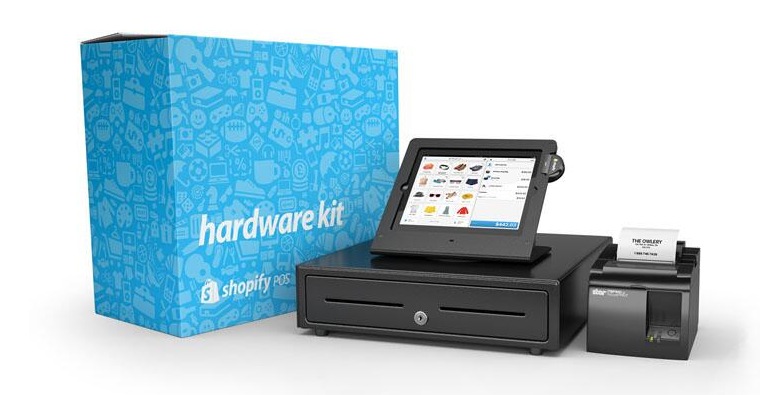 The product, which starts at $19 for just an iPad-compatible credit card reader, offers full cash and credit transactions at the retail, along with mobile compatibility, in a $499 kit. As the company says, “Just add an iPad and you’re ready to go.”

Pushing back against incoming US stalwart, Square, Shopify POS integrates with Shipwire for back-end logistics and provides a full array of logs and analytics to track inventory, sales performance and profits.

At $49 per month, plus between 2.1% and 2.5% per transaction, the service is significantly cheaper than the average legacy POS system, and provides a much more comprehensive experience than Square, which can only accept Visa and Mastercard.

Shopify’s ability to accept cash, along with seamless mobile credit card interaction, means that stationary outlets can turn into pop-up or temporary payment terminals without additional hardware. It also means that shoppers will feel more comfortable paying for items at a terminal that, to them, feels familiar, even if an iPad is behind the interaction.

The beauty of Shopify’s POS is that it integrates with the company’s existing e-commerce backend, so online retailers can easily transition over to using the service in their retail stores. While a single iPad should be sufficient for smaller shops, SPOS supports multiple iPads as additional “registers.”

This week, Canadian companies added key staff to take themselves to the next level. Hootsuite announced that Penny Wilson, former Juniper Networks and Macromedia…