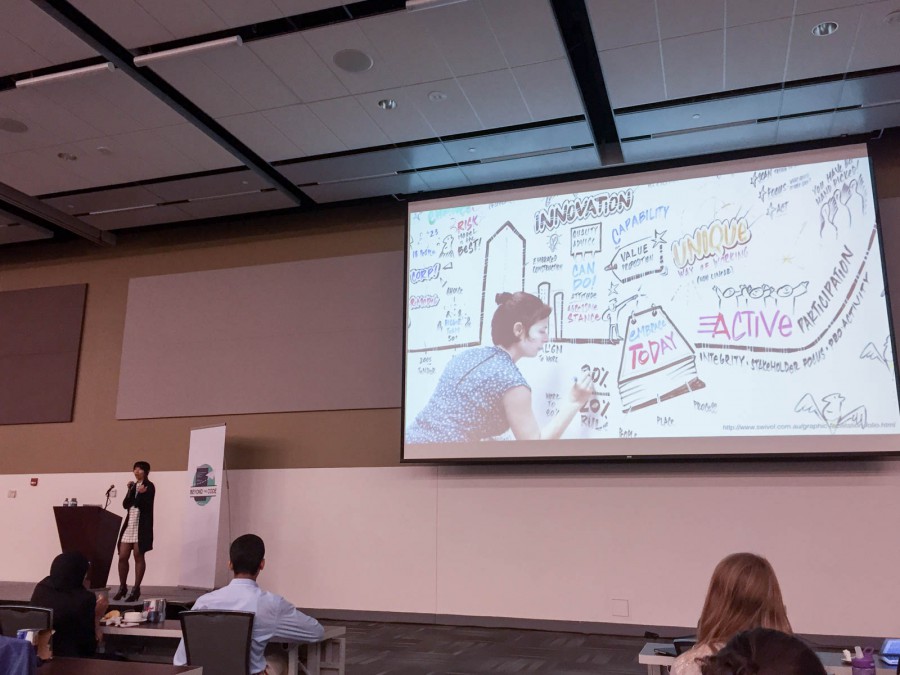 When Anna Lambert moved into a recruitment role at Shopify in 2011, it was only expected that she would attend more and more conferences dedicated to product and design to find talent for the company. What she found in the meantime, however, was a stark underrepresentation of women.

“I started to ask different conference organizers what happened, and I asked one in particular why there were no female speakers. And they said they couldn’t find one,” said Lambert, who is now the director of talent acquisition at Shopify. “I called bullshit on that.”

“Inclusion — and understanding it deeply — is a core skill for leaders and founders.”

What started out as an inquiry became the impetus for Shopify’s Beyond the Code Conference, which is now in its third year. Beyond The Code is a one-day conference that aims to provide a supportive environment for underrepresented groups in technology, with a focus on encouraging mentorship; this year, the conference is taking place in Toronto on September 22.

“It’s a given that more inclusive and diverse teams produce greater results. There are two things that I focus in on: everybody uses technology, and making sure the people who build it represent all people is key,” said Atlee Clark, Shopify’s director of apps and developer relations. Clark is also speaking at the conference. “Increasingly, every company is a tech company. And one of the biggest challenges is mentorship and sponsorship.”

Based on feedback from past years, Shopify is trying to facilitate mentorship by asking all attendees if they’d be interested in being a formal mentor, and connecting people who have similar interests after the conference. Confirmed speakers include Erica Joy Baker, senior engineer at Slack; Ramya Raghavan, head of policy programs at Google; and Janet Bannister, partner at Real Ventures.

“Anyone who is or has aspirations to be a leader within the tech industry — I believe that inclusion and understanding it deeply is a core skill for leaders and founders,” said Clark. “Just like you would go to a product or design conference, a conference focused on highlighting voices and diverse backgrounds is valuable to those looking to build companies.”

The conference is open to anyone even remotely interested in entering the tech industry, whether they’re seasoned developers who want to learn a new skill through hands-on workshops, or a person outside of tech who wants to learn what it takes to enter the industry.

“We’re also looking for people who have a diversity of past. We see a lot of people coming to Shopify with technical skills that didn’t have traditional path of going to university and getting a degree. There’s a lot of different ways to get there,” said Clark. “Beyond the Code tries to find speakers who have taken a diverse set of paths to get to where they are, and highlight that there’s not only one way to participate in the tech industry. You can do it a million different ways.”

Lambert says that the event has moved away from being strictly focused on gender equality, and instead focuses on overall inclusion.

After the date for SpaceX’s International Hyperloop Competition got pushed back from August 2016 to January 2017, the Waterloop team — one of only…