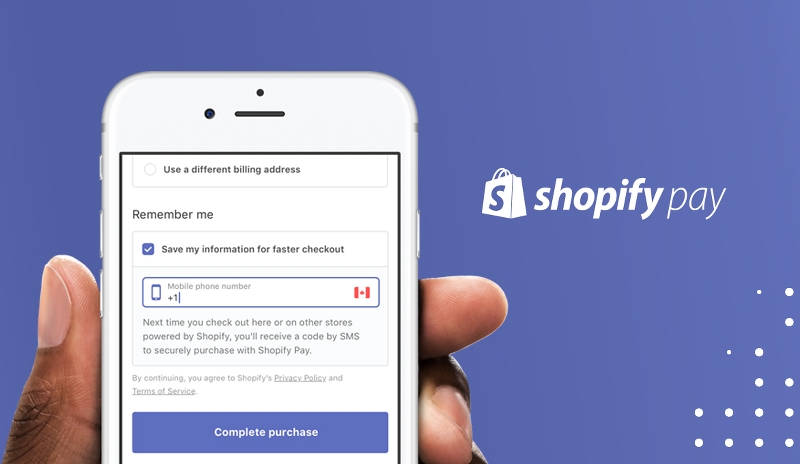 In addition to a new self-designed chip and card reader, Ottawa-based Shopify also announced the launch of Shopify Pay at its Unite conference in San Francisco.

Launching globally, the solution lets customers save their shipping and credit card information to reduce the amount of time it takes to purchase with Shopify Merchants. Shopify says its streamlined checkout option (available only to Shopify merchants on desktop and mobile) reduces the required fields of information from 16 to two.

The company told BetaKit that with Shopify Pay, it’s hoping to solve one of the biggest problems in ecommerce: cart abandonment. According to the company, the industry standard for customers leaving their carts mid-purchase sits at 69 percent.

“In spite of any advances that we’ve made in web usability, the act of actually completing a purchase online is pretty much the same as it was two decades ago,” said Mohammad Hashemi, a Shopify Product Manager for Checkout, Payments & Risk. “You still kind of fumble around a multi-page checkout form putting in your personal and billing information; the only thing that’s changed is that we’ve transitioned from laptops to fumbling around on smartphones.”

Once users first enter information into Shopify Pay, they only need to enter their email address and a six-digit code sent to their phone through SMS on subsequent shopping trips with any Shopify merchant. Hashemi said the decision to use SMS as a form of verification was a particular one to make it easier for Shopify to quickly enter global markets, while significantly streamlining purchases on mobile, a key platform for Shopify’s ecommerce plans.

Mobile remains a growing vertical for the company; in its latest financial report, Shopify said that mobile traffic to its merchants’ stores reached 69 percent, and made up 55 percent of orders at the end of 2016, versus 61 percent and 46 percent at the end of 2015. To support mobile, the company acquired Toronto mobile studio Tiny Hearts, and its new R&D centre in Toronto was established for the purpose of building multi-channel mobile experiences.

Hashemi denied that the service was a competitor to other offerings like Apple Pay — which it recently integrated into its platform, along with PayPal. “We see this as complimentary… it’s meant to be there to capture any opportunity that’s not captured by some of the other partners that we’ve been aggressively pushing to our customers.”

In its experiments to date, the company reported conversion rates that are 18 percent higher than average for returning customers. Hashemi also indicated that Shopify Pay could eventually be a value-add for it Shopify Plus customers (deeper integration is on the roadmap, along with Touch ID support and support for the company’s new card reader). The potential to streamline the purchase process even further with the data Shopify collects also remains in play.

“For merchants, we expect to see fairly wide scale adoption similar to what we’ve seen on Shopify Payments in general,” said Hashemi. “On the consumer side, we’re probably also looking at tens of millions to potentially much higher than that within in the first year or so. So we definitely see both sides scaling very quickly within a couple of months.”