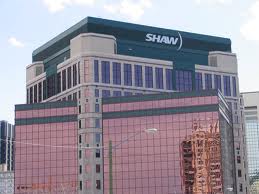 Calgary’s Shaw Communications has landed a partnership with a well-know Silicon Valley-based music streaming platform in Rdio. That’s the company that landed over $17 million in venture capital back in 2011.

The deal will see a marketing, content and promotion partnership that will grow Rdio, which labelled itself as “the leading digital streaming music service in Canada”. The deal will provide Canadians a “seamless digital experience” for music.

“Canada is Rdio’s second largest market and is a huge priority for us,” said CEO Anthony Bay. “As one of the most diverse countries in the world, Canada has a rich and varied musical landscape of musicians and music-lovers, so we’re very excited to align with Shaw to become the top music service in Canada.”

Shaw’s CEO added that “as Canada’s leading network and content experience company, we believe our customers should have access to the best content available,” said Brad Shaw. “Rdio is the best available digital streaming music experience and a great complement to our leading broadband and Shaw Go WiFi services. Our partnership with Rdio will develop great offers that will enable Shaw customers and everyone across the country to enjoy this service.”

Rdio has struck significant partnerships with large media companies in other countries before, like Brazil. There the company linked up with Grupo Bandeirantes, a company that includes Brazil’s top radio stations, newspapers and magazines, television networks and out-of-home media. “As we have seen in the U.S., Australia, Brazil and Mexico, local partnerships offer unique opportunities for growth. We’re looking forward to start working with Shaw to reach Canadian music fans everywhere they are,” said Bay.

Rdio gives its users access to over 12 million songs, and offers a very popular two-week free period for prospective members.

Canadian tech leaders are getting sacked left and right. Some are replacing themselves, and some are… being replaced. “What COVID did last year was…