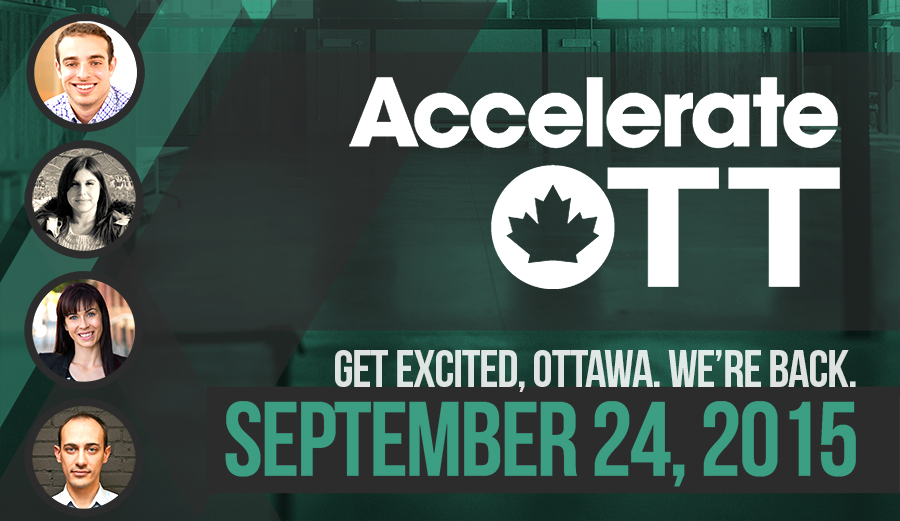 For AccelerateOTT’s third year, organizers C100 and Invest Ottawa will be bringing in Shopify CEO Tobi Lutke for a fireside chat on Shopify’s growth and the Ottawa tech ecosystem.

This year has been a big one for Shopify, and in turn, it will definitely be a big year for AccelerateOTT, which is focused on bringing together the best in the tech industry to talk especially about issues affecting the Ottawa startup ecosystem. In less than six months, Shopify has gone public, basically defeated Amazon Webstores, a software for small online retailers and Shopify competitor (with the company advising members to move to Shopify, according to Fortune), and as a byproduct of its success, thrust the Canadian startup scene into the spotlight.

The event will also feature Sandi MacPherson, the founder of Quibb social platform for industry news, on succeeding as a female — and Canadian — founder in the Valley, and Breather co-founder and CCO Caterina Rizzi on design and branding.

For those lucky enough to catch Vancouver Startup Week this week, a live feed of Lutke’s talk at AccelerateOTT will be patched in at the event, which will take place on Thursday, September 24. For everyone else wanting to catch the chat in person, AccelerateOTT has open registrations here.