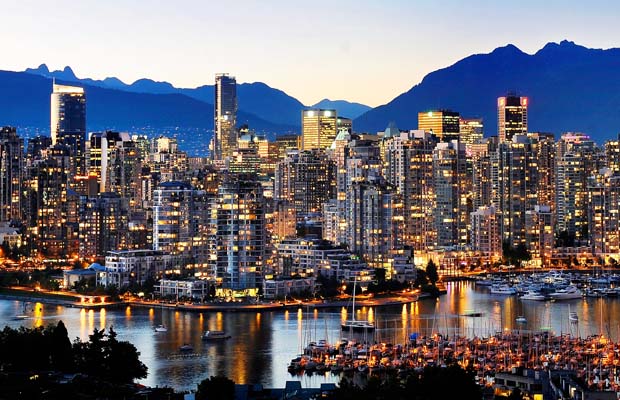 Carter Rabasa is an American from Seattle who’s really enthusiastic about Vancouver’s tech community. So much so that he decided to hold his second annual Cascadia JS Developer Conference in the BC city.

Once that sold out within a day, he decided to create Vancouver Developer Week, an entire week in November full of events and conferences dedicated to developers.

So how come this employee of San Francisco-based cloud communications startup Twilio is so enthusiastic about the Canuck city of Vancouver?

“I’ve gotten to know a lot of great people in Vancouver and I’ve just really fallen in love with the city,” Rabasa told BetaKit. “I’ve seen with my own eyes the quality of the developers and the quality of the startups that are going on over there and its no surprise to anyone that they fly under the radar relative to other cities that people hear about more often, like Berlin, New York or the Bay Area.”

“But really I’m most excited about having a lot of people outside of Vancouver hear about all the cool stuff going on in the city that week.”

From November 11-17 developers (and any technology enthusiasts) are invited to enjoy Vancouver Developer Week, a week long celebration of the people and companies who are building the software of tomorrow.

The idea for the week-long celebration goes back to Cascadia JS, Rabasa’s event that he created last year because there wasn’t anything similar. (“JS” simply refers to the programming language javascript). It was born out of his personal frustration, having to travel long distances to places like San Francisco to attend a decent event for developers. “I couldn’t understand why there wasn’t a quality conference that was hosted in Seattle or certainly in Vancouver, so it was born out of my frustration with always having to go somewhere else to experience a really good conference for web developers,” he said.

When he created Cascadia JS last year (“Cascadia” is a term that refers to the Pacific Northwest are of the US), it went extremely well. This year both sponsorship offers and tickets went much faster than Rabasa anticipated.

“The demand to be involved in this event was particularly overwhelming, and that was really where Vancouver Dev Week came from,” said Rabasa. “I sort of came up with Vancouver dev week as a way to sort of redirect all of this energy and excitement around this one conference into a broader suite of events throughout the week.”

Sponsored by Google Cloud Platform and Unbounce, Vancouver Dev Week is “SuperVanJS”, the biggest VanJS event of the year, “Advanced JS Workshops by Bocoup”, an introduction to fundamental concepts of development using JavaScript, “Apache CouchDB Conf”, a one-day conference for the CouchDB community by the CouchDB community, and of course, Cascadia JS.  “JS” simply refers to the programming language javascript.

In speaking about Cascadia JS, which will be held on the Thursday night of Vancouver Dev Week, Rabasa said that size and intimacy might be the biggest factors that make a great developer conference. In fact, just 250 spots open up for Cascadia JS every year. “The intimacy of the experience is very valuable,” he said. “It’s almost kind of like a summer camp, you should really feel like you’re getting to know the people that are there, which includes your fellow attendees, the speakers and even the sponsors too.”

He also emphasized that since the conference is completely non-for-profit, every penny earned goes back into the conference, which translates to a nice experience for attendees in terms of location, speakers and catering. Finally, said Rabasa, its a conference for developers, by  developers.

“All the people who are making the decisions about the conference are developers, and I think that basically means that we end up creating an experience that developers love.”

Three Startups Nominated to Get a Startup Visa From GrowLab