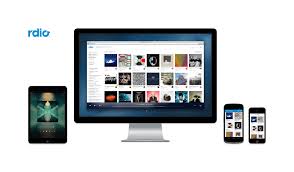 The “powerhouse partnership” as a release has called it, features a free concert by international recording artist Ellie Goulding at Massey Hall. Meanwhile, Rdio kicks off the Festival’s opening weekend with a lineup of free public shows on the Steve and Rashmi Gupta Family Stage in the “Rdio Music Zone” at 335 King St. W from September 4 – 7.

Founded in 2008 and launched in 2010, Rdio has shot itself up to music streaming royalty after raising four rounds of massive funding from the likes of Skype and Atomico. It’s currently available in 51 country and provides access to over 12 million songs.

“Rdio is teaming up with the Toronto International Film Festival to provide an unforgettable listening experience that amplifies all the exciting activities on Festival Street,” said CEO Anthony Bay.  “Canada is our second largest market and we continue to invest in creating powerful connections to music here.  We’re thrilled to be part of the Festival, one of the country’s most important cultural organizations.”

Fans will be able check out music from Rdio’s catalogue of more than 25 million songs when Rdio’s presence at the festival kicks off at the intersection of Simcoe and King streets. Meanwhile, “Rdio House” at 335 King St. W will serve as a “musical hub for industry leaders and Festival-goers” to relax with live music, giveaways, Rdio product demos and free food and drink.

“The Festival’s unique partnership with Rdio allows us to bring exciting music experiences to our Festival-goers and Torontonians, changing the way they’ll experience the city and our 11-day celebration of film,” said TIFF’s Howard Kerbel.