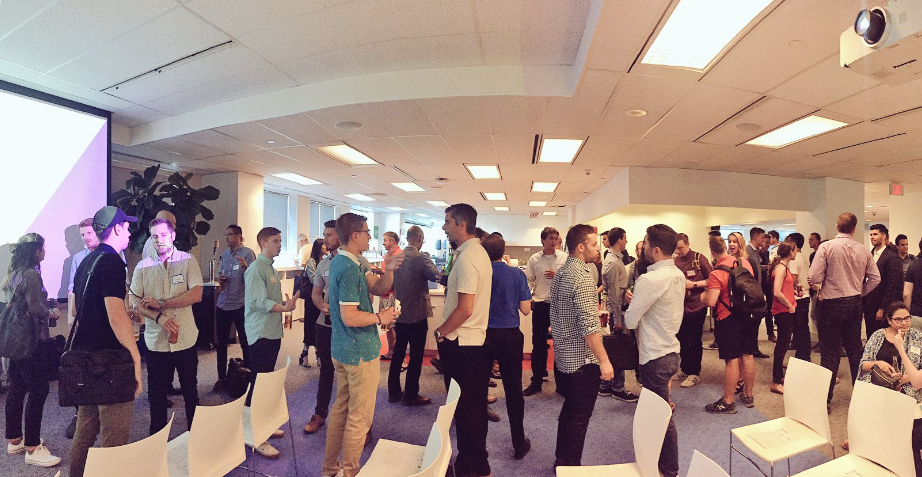 For its second edition of #SalesTO — one of TechToronto’s latest offshoot events focusing on niche communities — the event tackled a topic that many startups can relate to: how to sell to enterprise.

Kicking off the talk, Davies — who’s worked in sales solutions at LinkedIn and co-founded LeanIn — talked about the complexities involved in working sales with enterprise companies.

“LinkedIn was really smart about how they structured their Salesforce, because they paired us with companies that were most likely to buy. I was fortunate that I had 25 of the companies most likely to purchase anything LinkedIn-related in North America, so I had a front row seat to what the trends in sales were,” said Davies. “When we started selling solutions we were pretty naive. We were under the impression that you could do top-down selling, and convince them that your view of the world is gonna work. The reality is that they weren’t purchasing at all — almost all the deals that we made at the beginning were small, and enterprises would make the minimum amount of purchase.”

Coming from the enterprise sales perspective, Lee agreed that there are inevitable complications to any deal. “From a sales enablement perspective, they try to train you in a certain way to say, ‘this is what we think is going to happen, but ultimately, there’s too many different factors,” said Lee. She categorized the best enterprise sellers under three Cs: competent, good at communication, and a closer.

“For a lot of people think they have to wine and dine a customer because it’s enterprise, but if there’s no opportunity, you need to move on,” said Lee.

On that point, Gross touched on tactics for differentiating between actual business users, and the people actually signing the paperwork at the end. “You make your own luck, especially right out the gate because you’ve got no credibility. In banks there’s a famous saying that ‘no one ever got fired for buying IBM’ because if IBM messes something up, they can throw money at a problem to make it go away. I can’t do that,” said Gross. But Sensibill had the right thing at the right time, and worked with the right people. “We have investors that have sold bank tech to large financial institutions for the past 30 years; in the US and Canada.”

Watch the whole talk below:

The next SalesTO is taking place on September 13. Get your tickets now!