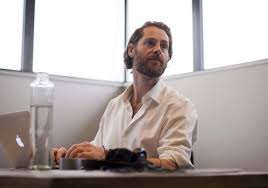 Ryan Holmes has made it clear that he doesn’t approve of SalesForce’s new social sharing tool that eerily resembles the one his company built its success off of.

Today the Hootsuite founder trolled SalesForce CEO Marc Benioff for tweeting about how customers are using his #SalesForce1 CRM tool. The problem was that Benioff tweeted it out using Twitter for iPhone, when he probably could have used his own tool that he recently launched, “SocialStudio”, a new enterprise-focused social media tool.

Holmes called Benioff out via twitter, noting the amount of money that SalesForce spent buying up other companies to build SocialStudio.

SalesForce launched SocialSuite earlier this month, when VentureBeat writer John Koetsier labelled it a direct competitor to Hootsuite’s flagship social media dashboard for both individual and enterprise clients. An ever-humble Holmes responded by quoting a Rudyard Kipling quote, “They copied all they could followbut they couldn’t copy my mind so I left them sweating and stealing a year and a half behind.”

Realistically, the SalesForce tool did initially appear a bit of a rip-off of Holmes’ idea for Hootsuite, and rightly so he has a reason to be irked about the whole thing.

It’s not clear whether today’s tweet represent insecurity, genuine frustration or even a clever plot on Holmes’ part to keep his name all over tech blogs. It looks like SalesForce has taken the high road thus far, which is probably a good move, despite Holmes’ best efforts to spark a Twitter beef.

As an endearing family member of mine once said, “s*** or get off the pot”. In this case that lovely phrase might be applicable. Settle the matter in private, file for litigation if there’s anything there, or dig into that evidently bright mind and build an even better product.

Or keep posting great tweets, which seem to liven up our typically polite Canadian startup scene from time to time. One thing I will say though is I won’t be tired of Ryan Holmes’ Twitter account anytime soon.