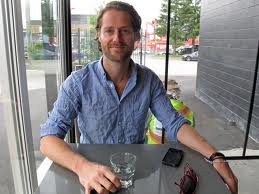 81 percent of consumers expect a same-day response on Twitter. Is your business ready?, tweeted a well-known Canadian CEO minutes ago.

Read Also: See where Hootsuite Ranks in the BetaKit 10 for 2013: This Year’s Top Ten Winners in Tech

Holmes argued quite a simple message: when an angry customer tweets out to the world that your service sucks, companies should make sure someone is there to politely respond and diffuse the situation. To ensure this, “frontline support teams remain critical, but customer service in the social media era needs to be radically decentralized. In other words, it’s essential that all employees become the eyes and ears of an organization on social media,” wrote Holmes.

Customer service in the age of social media, explained Holmes, needs to be everyone’s job. This doesn’t mean every employee has to be glued to Facebook and Twitter streams all day. “Social media listening tools make it easy to track brand references and mentions, and these functions can still be handled ably by a small, dedicated team. At my company, for instance, we have a 17-person customer service team which uses our own social media product to handle 8 million users,” he wrote.

He went on to explain that Hootsuite recently came out with a button to assign tweet responses to various people within a company. “This kind of decentralized customer service approach is partly born out of necessity. Customer reviews and negative comments can go viral so quickly on social media that it’s critical to have all hands on deck.”

Some of those negative comments that went viral quickly were explained in the guest post. The most famous one still might be when disgruntled businessman Hasan Syed paid an estimated $1,000 to promote this tweet:

The tweet received tons of coverage from media outlets and blogs and British Airways responded more than 10 hours later. “As a promoted tweet, of course, his warning was blasted out not only to his followers but to thousands of other users on the network – an audience that can be strategically targeted by geography, keywords, interests and even gender,” wrote Holmes.

Or there was a better example, when @RamblingRooney tweeted “Just found out that@tmobile doesn’t charge extra for overseas data. What the hell am I still doing with@ATT?”. Both companies responded, but what was both unusual and compelling was the response by T-Mobile’s CEO John Legere. “@RamblingRooney bet @ATT’s CEO isn’t going to join the convo. Come join the #WirelessRevolution! #Uncarrier,” he tweeted.

It turns out that a short peruse down Legere’s twitter stream finds several such attacks at both ATT’s quality and customer service, but still, the CEO of a huge wireless company was alert and by showing he cared about this one customer, he was recognized by a large amount of press over the following weeks.

“Was Legere glued to his Twitter stream, searching for mentions of T-Mobile 24/7? I doubt it. But someone in his company likely saw the conversation unfolding and took the initiative to  forward him the message. At AT&T, apparently, no one thought to take that step,” opined Holmes.

Customers are constantly snapping photos of businesses, whether it’s of a meal at a restaurant, a latté at the local coffee shop, or a…