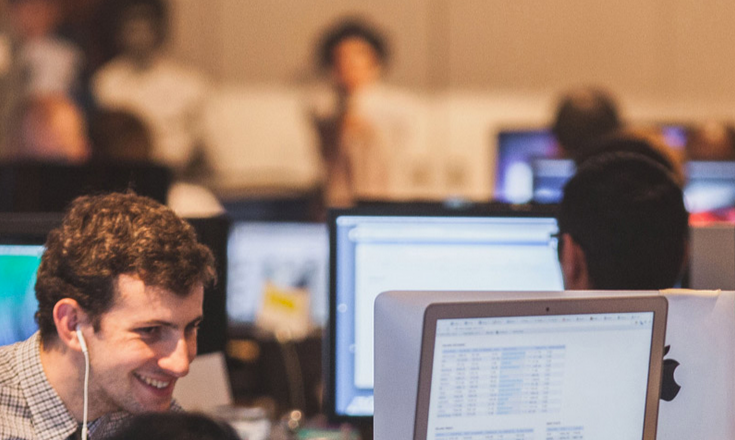 Earlier this month, Toronto-based Chango announced that it had been acquired by Rubicon Project for the tidy sum of $122 million USD. As of today, the acquisition is formally approved and closed. We reached out to Roger Chabra, a General Partner at Rho Canada Ventures, to share his thoughts on the Chango acquisition.


The Chango deal is the culmination of many years of hard work by the company’s founder, Chris Sukornyk, and his talented team. As an investor and board member, I learned many things from Chris and his team over the past 4.5 years. I’ll be forever thankful to Chris and his team for my time with them. I’m confident than my co-investors in the company, Mantella Venture Partners, iNovia Capital, Metamorphic Ventures and Extreme Venture Partners have similar sentiments as well.

In the spirit of community building, I’ve put together nine reflections on my time spent with the company. As I was putting this together, there were many more than nine, but hopefully the below are some major ones we can all reflect on, learn from and grow from.

The conventional VC “playbook” says two (or three) co-founders is the ideal founding team. However, Chris Sukornyk started Chango on his own & successfully broke that notion. Venture Capital is a game of outliers – meaning VCs, like myself, aggressively pursue companies and founders who we think can disrupt an industry and unseat well-entrenched, larger incumbent competitors. Changing and breaking the rules of engagement achieves this. Conventional thinking and following playbooks many times doesn’t create outliers. Chris proved that.

Some of the many friendly faces at Chango.

Far from doing it alone, however, Chris recruited some amazing people to help him early on (Dax Hamman and Mazdak Rezvani, for example) and throughout his journey. The level of talent Chris was able to successfully bring into Chango consistently amazed me. He made it a core activity of his (constantly), and the results speak for themselves. Regardless of company stage, finding and recruiting the best and brightest in your industry should always be a top priority for founders.

I’ve backed a number of companies in my career that started out in pretty different incarnations (Frank & Oak, for example, is, interestingly, also a pivot). Early in the life of Chango, Chris and his team navigated at least two other business models (I actually passed on investing in both!) before landing on the breakthrough we see today (thank goodness I didn’t pass a third time!). Founders should constantly build long-term relationships with potential investors and keep us updated on your progress and learnings. A ‘no’ from an investor today doesn’t mean a ‘no’ tomorrow. For us all, it should mean ‘not now’. Pivots can work. Persistence and relationships pay off.

Over the life of the company, Chango raised only about $10 million in equity financing. In today’s environment of mega financing rounds, lofty valuations and unicorn hunting, it’s easy to forget that being capital efficient can force discipline from everyone around the table and drive real business value. The fact remains that customer revenue is still the cheapest form of capital for founders, from a dilution standpoint. Conventional wisdom today dictates that founders should raise when the money is available (especially if it’s available at a great price). There is potentially some value in that, in some situations. However, it’s important for founders to remember to stay analytical and grounded, particularly in times of greater capital availability and investor exuberance, as we see today.

A ‘no’ from an investor today doesn’t mean a ‘no’ tomorrow.
For us all, it should mean ‘not now’.

Management teams should think about why they are raising money and what for. Every financing comes at a price: founder dilution, of course, but also in the form of expectations from investors. Raising a financing round likely delays your exit, but it also raises the bar on what your investors expect from you from an outcome perspective. Make sure those expectations are always in line with yours.

5. Get the product right

After a major investment round in 2011, the Chango team pushed off pressures to get revenues in order to get the product really right. This was painful to many of us in the short term, but ended up being a very wise decision in the long term. Getting customers to use a relatively substandard product would have been short-sighted and could have resulted in a lot of customer churn, as well as an inability for the company to freely innovate in the future. Because they started out on a solid initial foundation, the technology platform and products that the team built ended up being among the finest in their industry and were core to the value created in the business.

From a go-to-market perspective, Chango first became a leader in a single product offering (search retargeting) for a single segment (retailers). This was the market toehold that gained them the credibility, cash and customer testimonials needed to expand into additional product offerings and segments. As a founder, your vision should be big and wide but your milestones should be narrow and deep. The culmination of all these milestones will add up to a big market opportunity.

Adtech is a rapidly consolidating sector (see: ‘Why the Adtech Industry is Consolidating Like Crazy’). There may ultimately only be a couple real winners left standing in the industry in a few years. Chris and his team did an amazing job anticipating this. It was a constant point of discussion at, and between, board meetings. Should we be an acquirer or be acquired? Should we raise more money or not? Countless hours were spent on points like these.

“There is no such thing as a commodity in the business world.”
Service and product are not separated in the mind of a customer.

As a CEO, setting corporate strategy and steering direction (along with recruiting great people, as mentioned above), is your number one job. As the saying goes, “take the time to work ON your business as well as IN your business.” As a founder, it’s natural to get tied up in the day-to-day grind of building product and getting (and keeping) customers. But it’s essential to ‘come up for air’ often and revisit your strategy. Keep your eye on where your industry is headed. Anticipate. Control your own destiny.

One of my favourite teachers at university used to drive home the point that “there is no such thing as a commodity in the business world.” What he meant was that, even in sectors where everyone’s products in an industry are similar, companies compete on the ways in which they service a customer. The pre-sales and post-sales experience are inextricably a part of the company’s product offering. Service and product are not separated in the mind of a customer. In today’s tech heavy, feature-driven world, it is easy for us to lose sight of the importance of the ‘human touch’ in tech plays. The Adtech industry is far from being a commodity industry, but the point still stands – service matters. Chango never lost sight of that and it was a competitive differentiator for them.

Chango proved that a tech company can start up and build up in Canada (Toronto, in Chango’s case). Toronto was always our HQ and our largest employee base. As we all know, recruiting top-notch technical talent is particularly hard these days, but Chango proved that you can do that in Canada. In addition to technical talent, the overwhelming majority of the top non-technical managers in the company were also based in Toronto. All had great backgrounds prior to joining Chango and some even moved to Toronto to join the team. As the company grew, we opened many offices around the world, primarily sales offices, that were located in close proximity to our customers (San Francisco, New York, Chicago, London etc.). Most of the good U.S.-based VCs these days now understand that you don’t need to move a company from Toronto, Waterloo, Calgary, or Halifax to the Valley or New York. Chango drove that point home with an exclamation mark.

Roger Chabra is the CIO at TribalScale, a global provider of digital products & companies for mobile & emerging technology platforms with offices in Toronto, Los Angeles, Dubai, San Francisco and New York City. You can follow Roger on Twitter at @rchabra