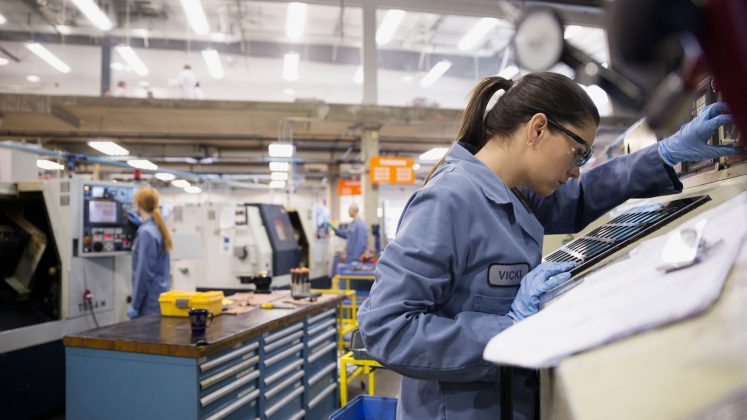 Millennials, compared to Generation Xers and baby boomers, are more interested in careers that are less at risk of being overtaken by machines, according to a report by job-search site Indeed.com.

The Indeed.com study compiled and analyzed data on job seeker interest in occupations at high risk of automation from September 2016 to March 2017.

“[Millenials] are better situated to ride out the disruption that will likely be caused by the coming waves of automation.”

Specifically, Indeed.com divided all jobs into four categories based on their primary functions: non-routine cognitive, non-routine manual, routine cognitive, and routine manual. It divided job seekers by age group into millennials (ages 20 to 36), Generation Xers (ages 37 to 52), and baby boomers (ages 53 to 71) and also looked at the number of clicks to job postings to see how much interest each of the categories is receiving from job seekers.

The report revealed that Canadian millennials could be protected from potential job losses because they’re simply not as interested in jobs that could be taken away by machines.

Millennials, aged 20 to 36 this year, were more interested than baby boomers (aged 37 to 52 in 2017) and Generation Xers (aged 53 to 71 in 2017) in “non-routine cognitive” jobs, which include management and professional positions in areas like science, education, the arts, and media.

In contrast, the report indicated a large disparity between the boomers’ and millennials’ interest in “routine manual jobs.” It found that baby boomers are about 54 percent more likely to be interested in routine manual jobs, which includes occupations at high risk of automation, particularly in fields like construction, transportation, and manufacturing.

To get a better picture of how job preferences differ between generations, Indeed.com analyzed millennial interest in various job, narrowing down job search activity to a number of major occupational categories.

Boomers were more likely to favour lower-skilled, routine occupations, in fields like transportation and material moving or installation, maintenance, and repair. Construction and extraction, and management careers were more preferred by Generation Xers — jobs that perhaps face a greater threat from automation.

“As automated technology in the labour market progresses in coming years, workers in many different types of occupations will likely see parts or all of their job come under threat of replacement by machines or software,” Indeed.com writes in the report. “However, through a combination of their educational background…millennials are much less keen on occupations at high-risk of automation…and so are better situated to ride out the disruption that will likely be caused by the coming waves of automation.”

Indeed.com’s study isn’t the first to examine the relationship between automation and jobs. In March, the Brookfield Institute for Innovation and Entrepreneurship and RBC released a report which found that people aged 15 to 24 are one of the population segments most likely to experience changes in job roles and skills demand due to automation. They reportedly make up nearly 20 percent of employees that have a high-risk of being impacted by automation.

As Concordia University’s District 3 Startup Innovation Centre opened its doors to a new facility in Concordia’s Farbourg Building, the university announced that the…