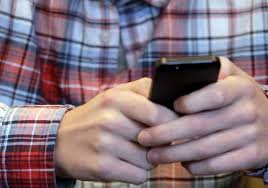 According to new research from IDC Canada, there’s a shift going on in interactive shopping: 69 percent of Canadians have downloaded at least one shopping app, with 34 percent having downloaded three or more shopping apps.

There’s no doubt that Canada’s “ecommerce lag” as we all like to constantly remind each other, could be on its way out of our lexicon. Combine that with the rising popularity of buying things on our iPhones and Androids, and something is a’ cookin’. IDC Canada noted that “every time one retailer makes shopping a little bit more convenient, engaging or interactive, the bar is set higher for all other retailers.”

The report surveyed 582 smartphone users between March 17 and March 23.

“These results showcase the potential for the smartphone to both simplify and enrich the consumer retail experience. Mobile shopping apps are starting to mature, and we will see a lot more integration with sensors and other new technology (called the Internet Of Things) to make the smartphone even more essential to shopping,” said IDC Canada’s Tony Olvet. “As well, given the time they have been around, the use of QR codes in the retail environment has been a disappointment so far.”

The report also found that:

International Data Corporation (IDC) is a global provider of market intelligence, advisory services, and events for the information technology, telecommunications, and consumer technology markets. It helps IT professionals, business executives, and the investment community to make fact-based decisions on technology purchases and business strategy.

Bitcoins may be a virtual currency but this isn’t stopping it from having a very physical presence all across Canada. Bitcoin ATMs are popping…