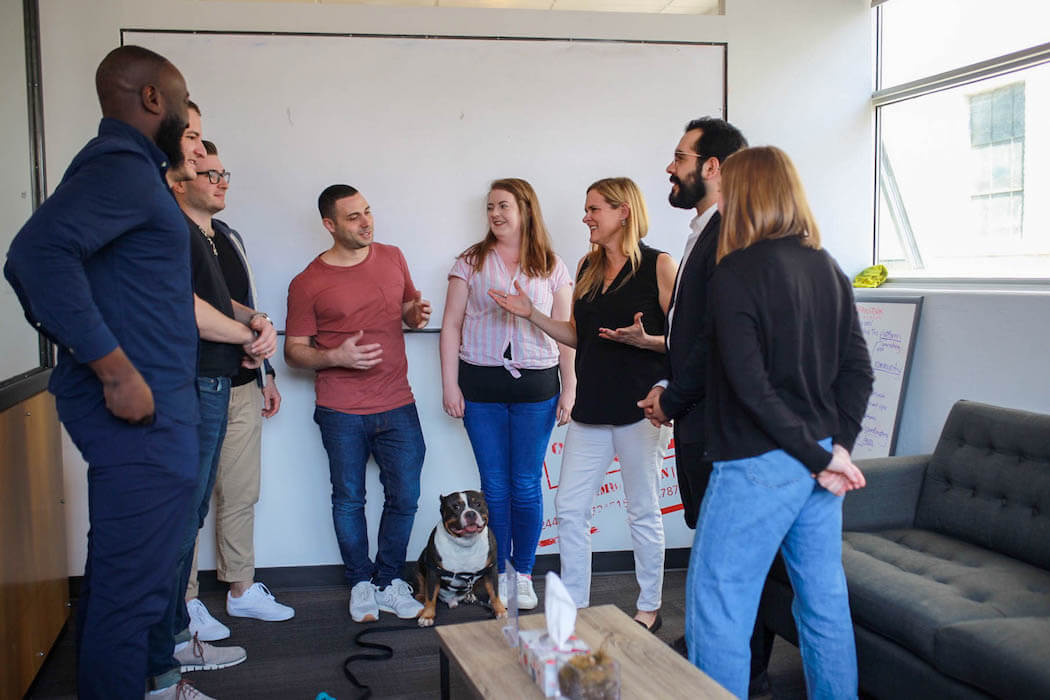 Amid the ongoing COVID-19 pandemic, the world has seen an increased demand for remote work tools. Synapse has felt the results of that first hand, with the Toronto startup projecting a year-over-year revenue increase of 100 percent.

“We were experimenting with some partnerships, which just really accelerated during all of COVID.”

The increased demand Synapse has seen amid the pandemic for its e-learning software for corporate training programs led the company to raise $2.64 million CAD ($2 million USD) in order to help accelerate the growth of a new partnership program sales stream.

The seed financing comes from existing investors Ripple Ventures, Differential Ventures, and Generation Ventures, the latter of which led the startup’s $3.3 million CAD seed round in Spring 2019. New investor BDC Capital also participated in the $1.98 million.

Founded in 2016, Synapse aims to help companies improve the productivity of their corporate learning and development teams. Its e-learning software is broken down into training intake and instructional design. Synapse sells its product through a software-as-a-service (SaaS) model across a variety of sectors.

While it continues to operate as a SaaS company, Synapse began experimenting with a new partnership model after raising its seed round in early 2019. This saw the startup licensing its software to large corporations and allowing them to resell Synapse’s product as part of broader HR software packages.

The idea began with IBM Global Business Solutions, which resells SAP SuccessFactors solutions for HR teams. Synapse worked with IBM to integrate its own software into the SuccessFactors package, with the Toronto startup providing request management to help learning and development departments manage request tickets.

“We were experimenting with some partnerships, which just really accelerated during all of COVID,” Synapse co-founder and CEO Ryan Austin told BetaKit. He noted that while many companies were hesitant to sign new deals in the early months of COVID-19, that turned around when the new remote work reality set in.

“Things aligned and so we actually made plans to delay our Series A and take on this financing to fuel partnership growth.”

“There is a lot of interest in our partnership program as learning technology companies look to expand their offerings to support the distribution of teams during this pandemic with full life-cycle solutions,” Austin said.

The CEO said, seeing this, he turned a lot of his attention to partnership acquisition and testing the market’s openness to this kind of offering. “Because of all this success we had with these experiments it no longer became an experiment,” he stated.

Synapse recently signed Telus Employer Solutions to its partnership program and is set to announce another “large” partnership with what Austin called a well-known healthcare learning management system company in September.

With a growing interest for its new offering, Synapse realized it needed more capital in order to keep up with demand.

“Things aligned and so we actually made plans to delay our Series A and take on this financing to fuel partnership growth,” said Austin.

Synapse plans to focus this new investment on expanding the partnerships, noting that the goal is to scale adoption of its software more quickly “by enabling learning technology companies to extend their current solutions with more robust functionality that otherwise would take them years and millions of dollars in research and development to bring to market.” The capital from Synapse’s 2019 seed round, Austin said, will continue to be used to push forward its SaaS business as well as the goals the startup outlined last year, including the continued development of its Learning Design System and hiring for sales and marketing.

“We raise[d] money because we didn’t want to democratize the success we’re having on the transactional side of our business selling or SaaS platform to different corporate clients,” the CEO explained. “So, we realized if we do both and execute on this two-pillar strategy we can actually build so much value for the company, and really go to market for a Series A at a stronger valuation.”

Because of the decision to pursue its two-pillar strategy and grow its partnership program, Synapse and its board of directors ultimately decided to delay the startup’s plan to raise its Series A to 2022. “We have a lot of runway right now,” Austin said, adding that depending on the success of its new model, as well as COVID and “market dynamics,” Synapse may still look to move that timeline forward.

“Learning and development is at the center of every modern business and it is becoming an increasingly important layer ​in the Enterprise software stack as the demand for high-quality training is a crucial element in attracting, retaining and improving an enterprise’s human capital,” said Mark Trevitt, principal at BDC Capital.

Trevitt said he sees Synapse as “ideally positioned” to support corporations with remote training, pointing to an opportunity for the Toronto startup to scale its platform internationally.