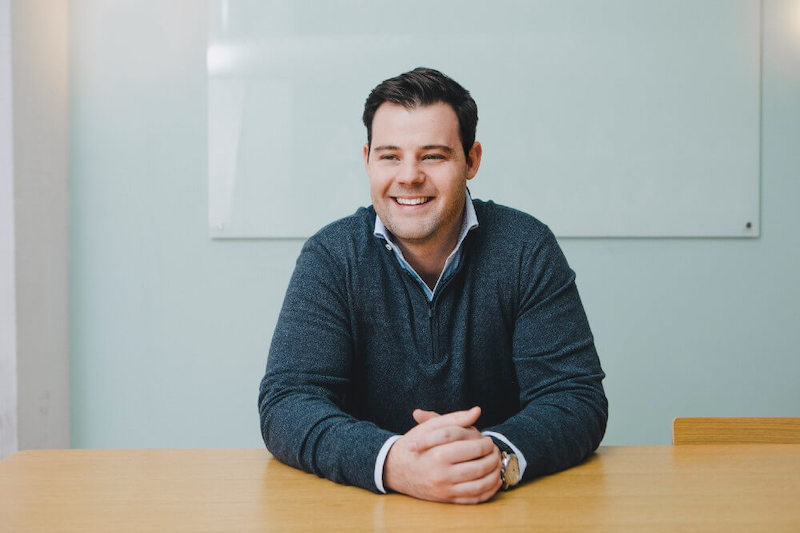 Early-stage VC firm Relay Ventures has announced the promotion of Jake Cassaday from associate partner to partner. Cassaday is the first-ever member of Relay’s team to start as a summer intern and be promoted to the position of full partner.

Cassaday first joined Relay in the summer of 2014 while he was studying at the University of Toronto. After graduating with an MBA focused on innovation and entrepreneurship, he was hired on full time as an associate in 2015. Cassaday was then promoted to associate partner in May of 2017.

“I ended up falling in love with not only the business but the team here at Relay.”

“[The intership] was an amazing four-month crash course on, and good exposure to, some of Relay’s portfolio companies,” Cassaday told BetaKit. “I ended up falling in love with not only the business but the team here at Relay, so when the opportunity came up to join full-time when I graduated, I was very quick to jump on it.”

Relay co-founders and managing partners John Albright and Kevin Talbot, along with partner Alex Baker, said in a joint statement that Cassaday’s quick ascent through the company can be attributed to his “commitment to the founders in our portfolio and the team at Relay, [and] supporting us as partners while also mentoring our junior staff.”

Cassaday said not much is changing now that he’s a full partner. “This is pretty evolutionary in the sense that not a lot of dramatic shifts are going to happen in my role. A lot of it has just progressed and happened naturally over time, to the point that a lot of things are going to be the same.”

Already serving on the boards of four of Relay’s portfolio companies, and as an observer on three, Cassaday said this will all remain the same. He currently serves on the boards of AdmitHub, Alate Partners, Kira Talent, and Quid, and as an observer on the boards of 7shifts, Blue J Legal, and Circle. Cassaday is the fifth partner at Relay, along with partner and CFO, Jeannette Wiltse, Albright, Talbot, and Baker. Since starting on full time in 2015, he has helped both source and close investment in Canada and the US.

While Cassaday’s work will be a continuation of his role over the last few years, he said the focus moving forward is really about making new investments, as well as helping to further Relay’s condition in the market. Cassaday plans to help develop the firm’s traditional focus areas in mobile and connected internet, as well as find new opportunities for growth. He pointed to Relay Ventures’ investment in property tech company Alate Partners, which is dedicated to supporting companies in the real estate market, as an industry with new opportunities that the firm hopes to invest in long-term.

The Toronto-born VC firm, founded in 2008, focuses on early-stage and seed investments, exclusively focusing on startups that develop software for mobile devices and the connected internet. With offices in Toronto, San Francisco and Menlo Park, California, the firm invests in companies across North America. Its currently has an active portfolio of 28 companies including TheScore, and Toronto-based restaurant point of sale (POS) software provider TouchBistro.

Notably, Cassaday is now the seventh male partner of eight total partners at Relay Ventures. Talbot told BetaKit that the firm has been very deliberate about adding smart people on its team that also bring a diversity of viewpoints and different opinions to the table.

“The challenge for any investor is if you don’t have a diversity of viewpoints around the table.”

“Our firm has done a very good job of having a diversity of opinions,” he said, citing a 50 percent women-to-men ratio and close to 31 percent visible minorities on Relay’s staff (BetaKit was unable to confirm this number). Talbot also said that Relay did not set out with the goal of hiring to meet certain metrics. “The challenge for any investor is that if you don’t have a diversity of viewpoints around the table then you’re not going to be a very good investor,” Talbot stated.

In April 2018, Relay invested in and partnered with Disruption Ventures, a VC fund focused entirely on investing in women-led companies. The firm is led by Elaine Kunda, a Toronto-based entrepreneur that used to be part of Relay’s portfolio. Relay not only invests in Disruption, Albright and Wiltse are also advisors, and the firm helped introduce her to its LPs. Kunda also works out of Relay’s office and Relay also has an agreement to co-invest in startups with her firm. Talbot called the initiative a great way to kickstart the process of creating better access to capital for female entrepreneurs.

While there is still a long way to go in creating more opportunities for women and visible minorities in tech, Talbot said one first step for VC firms is starting with a strategy of building a diverse team with a diverse set of opinions, that spans economic background, age, social factors, and more.

Related: Where are the women in Canadian Venture Capital?

“The more diverse team I can put around the table to hear pitches, the more I get people saying, ‘I would actually use that,’ and we can have a discussion on why and how these are good investments. That’s what makes us a better investor,’ Talbot said.

Applications are being accepted for the 43North’s fourth annual startup pitch competition, which awards up to $5 million to entrepreneurs. The 2017 competition features…