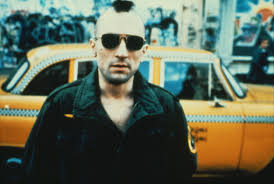 The app takes into consideration several factors for each fare estimation, such as weather, time of day, current traffic and the taxi rate for that city. Using GPS, the app can generate the best route for each user and even suggest Google-like “did you mean?” functions when a destination is unclear.

“We’re excited to launch TaxiMe because there was a need for a simple, sleek and smart estimation app that you can use on the go,” said cofounder Jordan Boesch. “It was originally built during the 2009 bus strike in Ottawa, Ontario. A lot of people were taking taxis to work and weren’t sure how much it was going to cost. I immediately saw the need and quickly launched a prototype that was later picked up by CBC, Metro News and other blogs.”

Finally, the app presents users with the estimated distance, time and cost of the taxi ride. “Below that, you’ll see a list of taxi companies in that city/area that you can call,” said Boesch. “Even if you’re in a small town or city, TaxiMe will give you a correct list of taxi companies to call. With the tap of a finger, you’ll be in touch with a taxi operator that will be ready to pick you up.”

It’s a simple app that solves a simple problem, but for those George Costanza-like fellows who are worrying about the wallet, the app can come in handy.

The team at TaxiMe have even provided a TaxiMe API for for others to run estimations against and to compare cab contacts and rates. The company has also tried to make the product’s experience a nice one for those who don’t have iOS.  TaxiMe has provided an embeddable estimation widget to put on other sites and a Google Chrome extension that allows users to perform estimations from directly within Google Maps.

Today Miami-based BlueKite announced that it has raised $1.5 million in seed funding from investment fund PeopleFund and several other investors including the company’s founders….