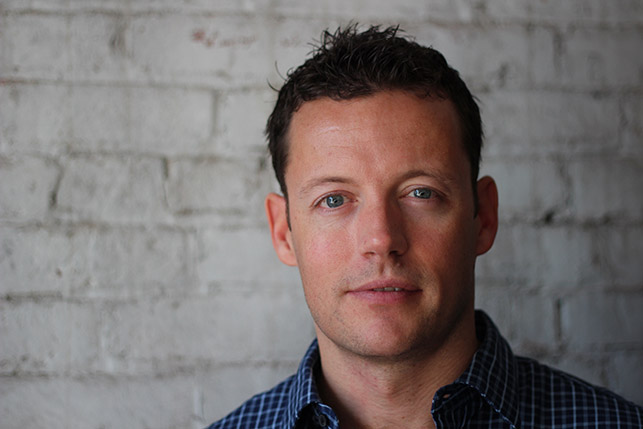 It’s something to dream about, to plan for, and to work your ass off trying get there; but in reality, the big exit either via acquisition or IPO is not in the cards for most entrepreneurs.

On June 17th, it was announced that Vancouver’s Recon Instruments were acquired by Intel, for an unconfirmed $175 million. Over a year ago, I spoke with Recon co-founder and CEO Dan Eisenhardt about the path the company were traveling. We recently caught up and talked about what this exit means for him, for Recon, and for Vancouver’s tech community.

Having some time to reflect, Eisenhardt said, “the hardest thing on this journey was definitely going from making the world’s first product in this category, which you realize afterwards is more of an alpha version than a beta version. It’s an early market so everyone’s like ‘wow! this is great, you’ve got a heads-up display and there’s nothing else out there’. But getting from that stage to something that’s truly valuable like an exit, to productize it and tame it to the point of making something that’s useful and valuable to consumers entails everything, from the technology (the software and hardware), the brand, the communication. And, it’s more about what to take out of the product than what to put into the product.”

“It’s more about what to take out of the product than what to put into the product.”

Eisenhardt offered that most of Recon’s value creation happened in the two years before closing the deal with Intel. “We tamed the whole beast, and extracted all of the value,” he said. “That was the most rewarding experience, but it was the hardest part. Those two years were harder than the first two years, and probably harder than the 5 years preceding.”

Sure the first two years of starting up is hard (if you can make it that long), especially when you’re struggling with money, but as Eisenhardt points out, “you can still walk away and haven’t really lost anything and will have some great experiences. But at some point you build up a lot of value. You have people depending on you, working with you, investors, a board, and a lot at stake, and it’s like an athlete on game day with some much to lose, but also with so much to win.”

Pointing to other recent high-profile Vancouver exits, including Vega and Plenty of Fish, Eisenhardt indicated that the ecosystem currently has some positive momentum. “Getting capital in is one thing, and you have founders and employees who have money that hopefully they’ll invest. But, you also have an indicator for other strategic and VC investors from the Valley and elsewhere that there’s good things happening in Vancouver.”

Never mistake getting to an exit as being some kind of cake walk, either. Eisenhardt offered that, “it was a five-month process, but thinking like everyone else thought made it seem like it was going to be faster. You internalize things a little bit during that time, but there’s the realization that anything can go wrong at any given time, and we were in product launch mode too, it was a lot of things all stacked together. With everything going on, there wasn’t much time to sit in a corner and just think about it.”

Eisenhardt says the city is filled with “really serious entrepreneurs, who are being taken seriously by investors in Silicon Valley.” But funding is still “an Achilles heel for Vancouver.”

Reflecting back when Recon incorporated in 2008, Eisenhardt agreed the Vancouver tech community has come a long way, but still has a way to go to reach maturity, saying that he remembered hearing pitches back then and thinking “only a fraction of these are going to make it, which was the case.” By comparison, today he sees, “really serious entrepreneurs, who are being taken seriously by investors in Silicon Valley. Some are forming strategic alliances with huge customers from the Fortune 500, some are generating revenue and close to breakeven. These are things I wasn’t seeing a few years ago.”

Even though there’s more funding coming into Vancouver, Eisenhardt still thinks “it’s an Achilles heel for Vancouver. While it’s good to attract capital from outside, it’s still harder than getting it locally. And locally you get hands-on advice and in-person coaching. That’s what’s still lacking, as we really don’t have VC’s in town that can cater to the need to fuel the growth of these companies. There are people who have cashed out, who have money and there’s potential LP’s who need to start investing into early stage VC’s.”

Separate from the money, Eisenhardt believes that Vancouver’s startup community needs to do a much better job of helping each other. “There needs to be a better understanding that there’s sort of this invisible hand that is probably the most important resource in Silicon Valley that we don’t have up here,” he said. It’s not something that’s created overnight, but “it’s a mindset. The BCTIA’s Bill Tam is doing a great job, by doing exactly that with their connecting and mentoring efforts.”

When you spend so much time working, building value, all while keeping a sense of priorities like family, friends, and personal health, getting to the exit isn’t really life’s lottery win. Eisenhardt said that “it’s about doing something meaningful. You wake up in the morning thinking about what problems am I solving today. Do I feel empowered and energized to use my talents to change the world? That’s what’s going to continue for me. That’s what drives me.”

If you’re interested in hearing more of the Recon story from Eisenhardt himself, he’ll be on stage sharing his experiences at the upcoming Grow Conference.

Montreal’s FounderFuel Accelerator program is hitting the road next week, along with two other accelerator programs from Australia and England. Sydney-based Startmate, London-based SeedCamp…