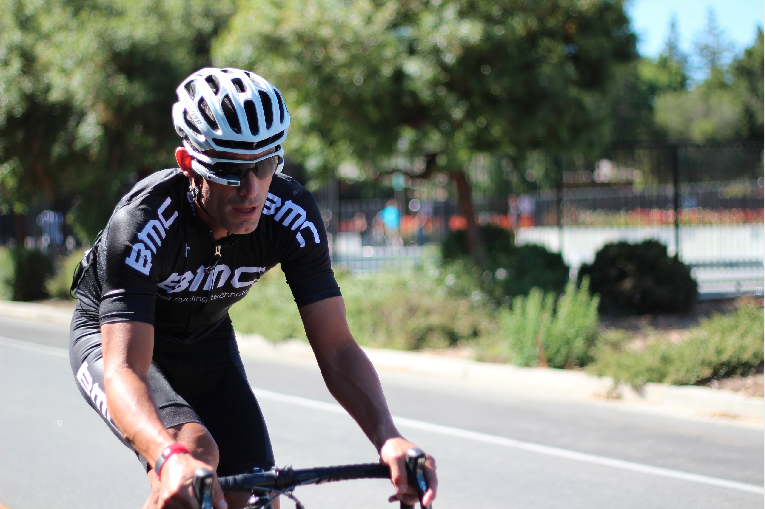 Getting to the winner’s circle in the tech startup game requires the grit, determination and laser-like focus of an Ironman competitor. Maybe that’s why Recon Instruments’ niche strategy is getting ahead of the pack in the fast-moving wearable tech space.

Recon is not just an also-ran in the wearables tech space – they were recently nominated in the ‘Most Disruptive’ category of NextBC’s 25 top tech stars and have long been recognized for putting out the first consumer heads-up display. This month, they proudly announced the release of a new app, Refuel, for the Recon Jet.

The app signals users when it’s time to take a drink, keeping in mind factors like age, height, weight, heart rate and more, combined with Recon’s real-time metrics. “As athletes, we both know how easy it is to bonk or become dehydrated during activities,” says Tyson Miller, VP of Consumer. “Athletes often don’t realize they are under-fueling… We wanted to solve that problem. Second, we wanted to test drive Recon’s new software development kit (SDK) before its public release.”

For myself, a work-from-home ‘get-two-walks-in-a-day-I’m-good’ type, this app and the product itself is overkill times 100. But I’m not Recon’s target market – at least not for a while to come. And that’s fine for the high-performance entrepreneurs who scouted out Recon’s path to market penetration years ago. Going into a hyper-niche of high-performance athletes who live for intense competition might seem a bit counter-intuitive to other would-be entrepreneurs (and their prospective investors) who might prefer to immediately go for the largest possible demographic – but if anything, this is the road to success that they’ve chosen.

“It’s going to take time for the world to accept these wearable devices,” Miller explains. “Look at what happened with the Segway. If people think the device looks weird, you become the ‘Glasshole’. Google Glass was developed in a way where they said, ‘let’s put this thing together and let’s see what happens’. With iWear and Recon, we said we thought there were use cases where you need to be hands-free and went after that sports niche, endurance sports. We can get into the market because we’re solving a problem. But it is customizable and we can open it up to other verticals.”

“It’s going to take time for the world to accept these wearable devices.”

That temptation to widen their vertical markets was tough to get away from. “So many times, we thought, let’s just push this into the world, because it’s going to be open and flexible,” he adds. “But that’s a trap! You have to focus on a certain group of people.”

Their strategy seems to be working. “Google Glass closed their Explorer program for now and we see others are closing up, but we’re picking up sales like crazy,” Miller says.

Of course, the business strategy doesn’t mean this hyper-niche is set in stone. They’ve got their wedge into the consumer market in the high-octane athlete market. They’re already adding new functions to their device for a whole number of different user cases in the sports arena. From hard-charging Ironman competitors to significantly lower-paced golfers and then out to other sectors, they’re building on a well-established brand – one that would have been a lot more difficult to establish if they’d tried to become the heads-up display for ‘everything’.

The persistence of a marathon runner has helped them overcome another question from stakeholders and investors: staying in Vancouver instead of setting out for the perceived resources and talent of Silicon Valley. “Vancouver isn’t known for having the types of people who are experts at making consumer electronics,” Miller says. “And on top of that, we were looking at Google Glass and other heads-up displays and seeing they had 600 people working on a product while we had 60. When people find that out and see what we’ve come up with, they’re blown away. We do everything in-house, from app development to the website and more.”

The founders of Recon just love Vancouver and don’t want to move – and a big reason they’re able to stay is the people. “A lot of it had to do with our connection to UBC. A lot of our staff has come from there because they’re a great school with great programs. Since we were the first consumer wearable company out there, people were excited about working for Recon right here – and that’s helped us stay where we want to be.”

Find a target market, get in first, and get good people to execute. These are always good pieces of advice for tech entrepreneurs. But don’t take it from me – listen to the folks who compete in one of the toughest sporting events in the world, just because they can.