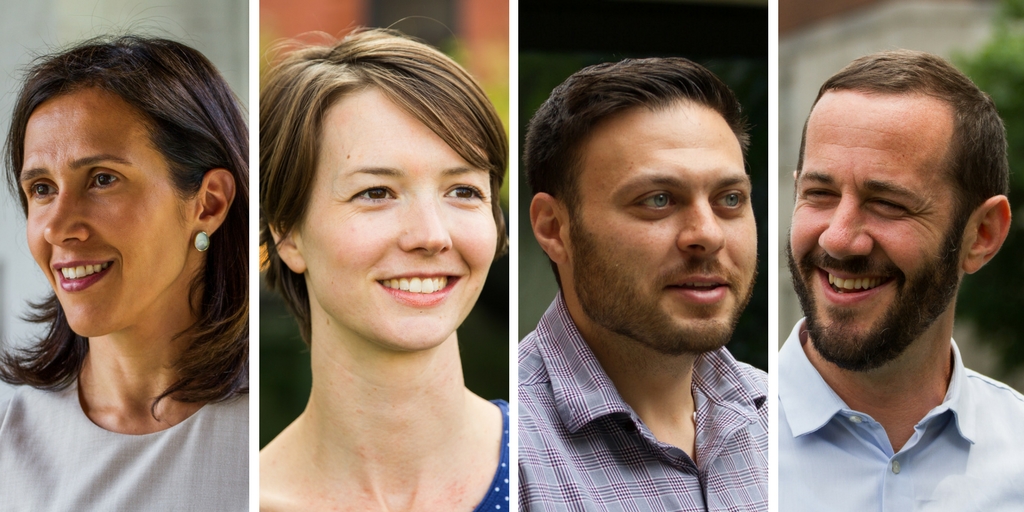 Real Ventures has announced the addition of two new roles in an effort to expand the reach of its work.

Roula Zaarour is the company’s inaugural COO and Lauren Jane Heller is its first ever director of communications.

Zaarour was previously VP of People and Culture at CBC/Radio-Canada during a time of major restructuring and lead the implementation of the transformation plan at Aerolineas Argentinas.

“I see technological innovation as a catalyst for positive change in the world, and joined Real Ventures because I believe in the firm’s commitment to growing and nurturing tech entrepreneurs and the Canadian tech ecosystem,” Zaarour said.

Heller – one of BetaKit’s former Montreal correspondents – was also a writer at Transit, one of Real Ventures portfolio companies. She worked as a community organizer for HackerNest, a global tech-community-focused non-profit.

“For me, communication and writing has always been about making a positive impact on individuals or the world at large,” said Heller. “When I fell into the Canadian tech ecosystem, I realized suddenly, that here was a place where I could really make a difference. When Real asked me to join the team, I saw it an opportunity to spread the word about the great things that we can do to make Canadian startups and the startup community shine, whether it’s through diversity initiatives, community-building or being the leaders in creating AI policies and tech that will help make our world a better place for everyone, not just those who hold power.”

In addition to hiring new members, the Montreal-based company has also promoted two of its current members, Sam Haffar and Isaac Souweine, from Principal and EIR respectively, to Partner.

“As well as expanding our team and cementing our internal culture, we feel it’s vital to share our initiatives and beliefs with those outside the companies and startup communities we touch. We want to have an impact on people’s mindset about ecosystem development, and without improving the quality of messaging and exposure we provide, our philosophy would be unheard,” Real Ventures said in a blog post on the announcement.

Real Ventures said that as it’s committed the past 10 years to supporting the startup ecosystem in Canada, it hopes to improve its own operational efficiency and communications.

Hi Ho, Hi Ho, Through Glass To Work We Go

Earlier this week, Google launched its Glass at Work program in an effort to work with developers to create enterprise software for its first…