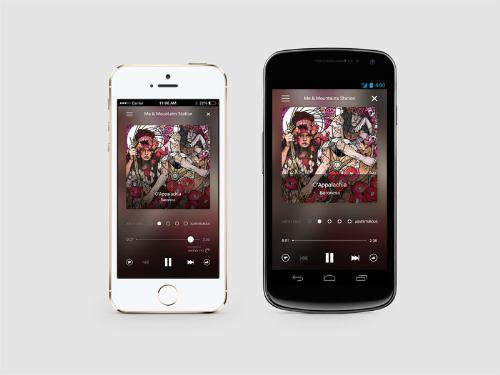 Today RDIO announced that its new streaming stations are now free on mobile to all iOS and Android users in Canada, the US and Australia. The move will likely attract thousands more users for the company. In June of last year, Spotify launched its mobile listening experience for free for US users. It worked out well for them too: a third more user joined the service as a result.

Meanwhile for RDIO, personalized music streaming is coming to its users for no cost for the first time, at least those living in the three aforementioned countries. Starting today, stations are free for all users, even those whose subscriptions or trials have ended. Any user can listen to RDIO’s over 20 million songs.

“Station plays are up over 50 percent since our launch in August,” said RDIO CEO Drew Larner. “We’re excited to make one of our most popular features available to everyone for free, forever.”

Since launching in August, nearly 2.3 million stations have been created by users. But if users didn’t want to pay, they could only take advantage of a free 14-day trial before their listening access was cut off.

Of course users can also opt for RDIO’s “unlimited” option for US $9.99, which provides unlimited web and mobile streaming. As well, there’s also the “unlimited family” option for US $17.99, in which users receive two unlimited subscriptions and the option to go for a third, fourth or fifth for half price.

The three-year-old company, created by Skype cofounders Niklas Zennström and Janus Friis, told The Verge that monthly active users are up six times from January to August, and 16 times year over year.

The Government of Saskatchewan plans to extend the Saskatchewan Technology Startup Incentive (STSI), its 45 percent tax credit for early-stage tech investors. The proposed…