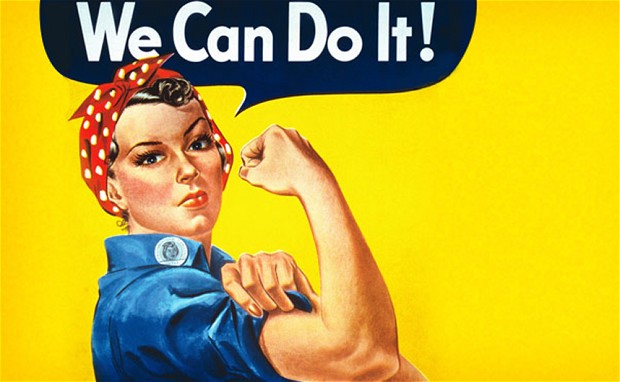 The good news in “Canadian Women Grabbing the Baton” is that female majority-owned SMEs rose to 15.6 percent 14.9 per cent and 13.7 per cent in 2007 and 2004, respectively. Still, the report shed light on the fact that nearly 85 percent of all SMEs are run by men, and that there exists a great amount of opportunity for women to increase their numbers.

“SMEs are a significant source of productivity gains and a major driver of Canada’s economy,” said RBC economist Laura Cooper. “Female entrepreneurs have been steadily contributing more and more to this level of growth; however, there remains a tremendous untapped opportunity for female majority-owned SMEs to have an even deeper impact in terms of contributing to economic growth.”

The report suggested that women’s contributions to economic activity could rise to $148 billion if women-led SMEs rose by 10 percent over the next 10 years. But there’s a few issues, namely the fact that the majority of women-led businesses are being led by people who are about to retire.

For female majority-owned firms, the share of those over the age of 65 has nearly doubled in the past four years, which in part reflects a rising female participation rate in the 65+ age bracket. RBC noted that at the same time, younger female entrepreneurs are not balancing out the aging ownership trend – females under the age of 40 run a relatively lower share of SMEs in the marketplace.

“We estimate that the increase in female labour force participation over the past three decades resulted in a $130 billion contribution to economic activity in 2012- equivalent to seven per cent of GDP,” said Cooper. “There is a clear opportunity for women to not only act as a supplemental source for SME growth, but to also provide a further boost toCanada’s overall economy. There should be an emphasis on encouraging women, and younger women in particular, to pursue the entrepreneurial opportunities that are of interest to them.”

A trend of narrowing and eventually eliminating the gap between female and male labour force participation rates over the next 20 years would result in a four per cent boost to GDP in 2032, according to RBC.

“Women entrepreneurs are a dynamic and powerful economic force that make up 38 per cent of our small business relationships,” said RBCs Kim Ulmer. “We recognize that Canada’s future economic development and prosperity depends on the encouragement and cultivation of women entrepreneurs and we are here to support women in business and continue to close this gender gap.”

However, the share of businesses owned by aboriginals and visible minorities remains low. While these demographic groups represent relatively small shares of the overall Canadian adult population at four percent and 18 percent, respectively, RBC said that “further aligning these ownership rates with associated population shares for both genders could serve as a supplemental source for further SME growth.”

Event networking is bound to be a hot topic at SXSW Interactive, which kicks off on Friday. There hasn’t been a super-effective way for…