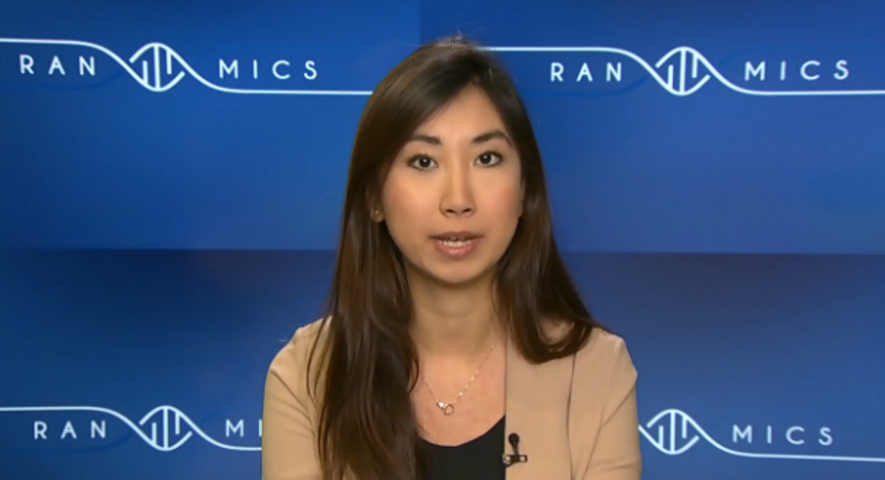 According to The Disruptors co-host Amber Kanwar, one of its latest startups pitching on the show is “a quintessential reason” why The Disruptors exists at all.

Ranomics founder Cathy Tie, who recently raised $1.6 million for her company, appeared on the show to talk about how Ranomics is disrupting the genetic testing industry.

Ranomics’ platform identifies genetic mutations that can indicate hereditary illnesses, specifically cancers. According to Ranomics, over 60 percent of traditional genetic tests for hereditary cancers yield inconclusive results, known as unknown variants. Ranomics focuses on these variants of unknown significance and works to resolve them.

“In our laboratory, we generate tens of thousands of different mutations of hereditary cancer genes at one time. We test all of these mutations in model organisms and human cell lines to see whether these mutations are pathogenic or benign,” said Tie. “We have a very novel technology that no other company provides in this entire industry. This technology is proprietary to us.”

“This type of thing wouldn’t exist if we didn’t have the tremendous amount of data processing power. At the core of it, this is a big data play. And in five or 10 years, we’ll be astounded by how we made decisions in the absence of concrete data, like treating illnesses,” said Kanwar.

Watch the whole pitch below:

BetaKit is a production partner on The Disruptors. Tune in to BNN every Thursday night at 7 p.m. for full episodes!

Yukon Brewing’s craft beer has cemented its place as a local favourite up North. But expanding the brand into other Canadian provinces hasn’t been…