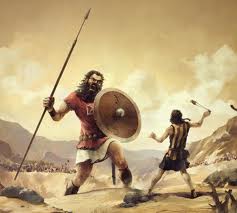 Montreal’s Radialpoint is competing with Google search. They must be insane, right?

Well, the company see’s it a bit differently. This week it launched Reveal, a web search engine dedicated to issues pertaining to tech support. As Radialpoint’s Alexis Smirnov posed in a great Medium post, “take a Netflix user who can’t stream and calls for support. Is the issue related to Netflix, related to the XBox where the app is running, the Samsung TV, the Linksys wifi router or the Comcast Internet connection?”

Radialpoint has built a vertical, semantic search engine for tech support issues, which means it organizes a specific portion of the web, possibly including other sources of content beyond just the web. As well, it leverages the semantics of a given knowledge domain to find raw content.

All of this means that the company hasn’t built a general search engine (which would be tough to compete in terms of Google’s dominance in that realm), but rather a subject-specific engine. And it feels that this is where search engines can compete and even succeed against Google.

“Extracting structure from messy unstructured text is not easy, but there are lots of tools that help with this task,” wrote Smirnov. “In Radialpoint’s case we’re extracting entities like ‘devices’ and ‘online services’, to uncover relationships between Xbox and Netflix entities.”

Radialpoint was founded in 1997 and essentially builds products that enable technology companies to provide support to their companies. Today over 20 million customers use Radialpoint’s technology, employs 120 people and is headquartered in Montreal, with offices in Toronto and London.

Back to Smirnov’s post, he did a good job of explaining the current landscape of Google’s market share. He argued that while in the past ten years Google has killed off most of its competitiors, “now more than ever, it is possible to compete and win against Google.”

61 Percent of today’s web traffic is generated by bots, which means there’s now more web traffic than ever. It ultimately points to the fact that “there’s a growing number of successful Web Search Engines out-there.”

He gave two good example of search engines that have thrived based on their own unique targets. TripAdvisor has achieved success since it indexes many different types of information, besides just web. Particularly, it taks advantage of organizing user comments, which has helped it attract users in spite of the “Big G”.

Another search engine, WebMD organizes medical knowledge from the web and applies a heavy doze of expert curation to make sure the content they index is accurate. “It’s ranking algorithms take into account semantics of the medical field such as relationships between symptoms and diseases,” wrote Smirnov.

So how about a search engine that will help users find answers to tough tech queiries?

“What makes tech support interesting is that it is a $20B industry where support agents only manage to resolve less than half of customer’s issues. This massive inefficiency stems from lack of instant access to comprehensive knowledge about solutions.”

Radialpoint thinks it can make a dent.