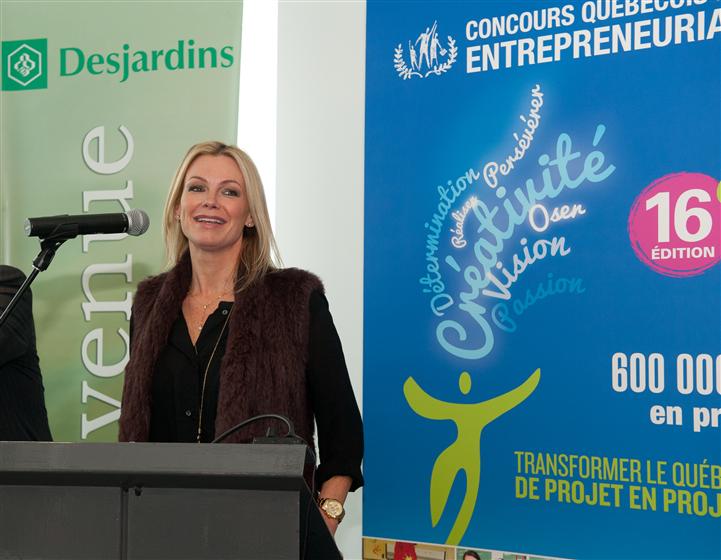 Applications are now open for the Quebec Entrepreneurship Contest, a huge province-wide contest that will end up giving over $600,000 in prizes to Quebec-based entrepreneurs.

First, the “Successful Business Inc. Prize,” will award $195,000 in prizes to entrepreneurs. It’s the 16th edition of the contest, and will award $10,000 prizes in each of Québec’s 17 regions and a prize of $25 000 at the provincial level for the grand prize winner, selected from among the regional winners.

The only catch with the Successful Business Inc. Prize is that only those entrepreneurs or teams that participated in any of the first 10 editions of the Québec Entrepreneurship Contest (from the first edition, in 1998-1999, to the 10th edition, in 2007-2008) can apply. Participating businesses have until March 17, 2014, at 4 p.m. to submit their applications. The winner of the “Successful Business Inc. Prize,” will be announced at the 16th Desjardins Grand Prize Gala on June 18, 2014, in Québec City.

Beyond that there’s much more that the Quebec Entrepreneurship Contest has to offer. Its general “Business Creation” contest award prizes to businesses in a number of categories, including:

Business Operation, Processing, Production: Businesses whose revenues stem mostly from sales to retailers, wholesalers and industries and that exploit natural resources or that process or produce semifinished or finished products

Services to Individuals: Businesses that provide services to the public, including businesses involved in restaurant or lodging activities.

Services to Companies: Businesses that provide services to other businesses or organizations.

Technological or Technical Innovation: Businesses that create new products, processes or applications based on new or existing knowledge.

Any adult or group of adults 18 years of age or over residing in Québec and holding Canadian citizenship (or permanent resident status) is eligible for the Business Creation division of the Québec Entrepreneurship Contest.

The contest is also giving away some healthy prizes for these seven categories, listed below:

Finally there’s also the “Business Transition Prize,” which targets those people who have played major roles in taking over a company and turning it around. Officially, the criteria for applying is one of two conditions:

At the provincial level, a prize of $5 000 will be awarded to a winning project among the 17 regional winners, thanks to the financial contribution of Desjardins.

The Business Transition Prize is offered also thanks to the financial contribution of the ministère des Finances et de l’Économie.