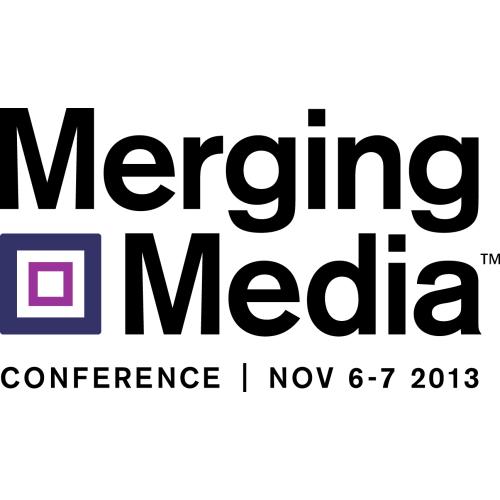 The Pitch 360 Competition is one of the highlights. This year twelve cross-media projects from Canada (5), France (3), Sweden (3) and the UK (1) presented to a jury of six international and Canadian industry leaders. Victoria’s One Net Labs was awarded the $10,000 CMPA Pitch 360 Award for Best Cross-Media Project. They developed Hipster Bait, an interactive geo-caching music discovery game designed to help indie bands distribute their music outside the traditional boundaries of digital distribution and record labels.

In a world so often in need of definitions, much of this conference defies them. Media today is like the Wild Wild West revisited. There’s a slight lingering sense that some of the old school broadcast media “guardians” are still holding onto a deep connection with the analog world. Job preservation exists. It’s headshaking that in 2013 the notion of film and television merging with digital media’s new platforms to extend a franchise beyond the screen, is still like a “Barbarian at the gates” experience for some.

The conference was great for proving there’s no shortage of conversations and examples of engaging with fans, discovering new audiences, exploring new stories and narrative formats. For instance, with three new Avatar sequels in development and a 48 million Facebook fans alone, Lightstorm Entertainment’s Kathy Franklin said that  it’s not about experimenting with platforms, it’s about knowing who we are, “and this is the story we want to tell,” she said. “What are the platforms that make sense for who we want to reach and what do we want them to understand about our story? Fans want us to be creating new ways for them to be in the story, and to go back to Pandora, and our job is to do it in a way that’s relevant.”

In conversation about audience with Starlight Runner Entertainment’s Caitlin Burns, she said, “the audience is not an ‘object’. In live theatre for instance it’s never going to behave as you imagine it. You don’t box up the audience and put them in a corner. When you invite the audience in and find ways for them to play with you and be flexible enough about how you’re reacting and being responsive to that is when you have the opportunity to do something really fun.”

Story and audience remain centre stage in any conversation about media. Yet it’s most interesting how technology is disrupting the stage. Screen hierarchy seems like yesterday’s conversation.

David Brown (Strategic Partner Manager, TV and Film Content) at Google shares an insight to this shifting landscape, saying that “two years ago Larry (Page) says on an earning call that mobile represents six percent of our (YouTube) total views, and this year it’s up to 40 percent.” Having a billion YouTube users, and a massive jump in mobile viewing points to a couple of undismissable trends. Mobile matters, and distribution is changing.

Vancouver’s Matt Toner, partner at Zeros 2 Heroes Media, echoed how much distribution is changing,  “I think we’re going to see the further evolution of smaller on demand distributors such as Crackle, and Machinima, stepping up to the forefront and creating more new shows. The proliferation of new stories on new platforms that will not resonate with our old metaphors; when was the last time you turned the channel? We will get to the point where people won’t know what network is connected to what show.”

Google’s Brown also talks about being “jazzed about Chromecast. As much as the media landscape has changed in terms of consumption there persists this notion of where is the largest screen in the home? We can still congregate to that place, it’s almost tribal, yet it’s also so different now, because people have their tablet or mobile device with them as part of the experience. The audience decides what Friday night at 7:00 means now. It’s less about reduced choice and scarcity, it’s more about how you’re going to make fans want to go to that destination in a world of seemingly unlimited options.”

While talking with Steve Peters (Founder) of No Mimes Media,  I mentioned being surprised that no one talked about how wearable devices such as Google Glass, Occulus Rift, or the Myo from Thalmic Labs are coming into play. While equally surprised, he sees media and devices “like conduits. They’re simply tools allowing me to deliver content in an effective way depending on context. Without a good story, it’s like putting lipstick on a pig; the audience experience still has to be satisfied.”

The analog generation is riding into sunset, and Minority Reports is getting closer to science reality than science fiction. Yet no matter the delivery platform, the device or the screen, it’s the filler that still counts the most. Great stories will always matter.

Communitech announced today the 25 female founders to be selected for its second annual Women Entrepreneurship Bootcamp. Sponsored by Deloitte, the six-day program will…