As part of a regular series, Global Skills Hub asks their clients to share their experience hiring globally and asks technologists around the world to share their motivations, successes, and reasons why they have chosen a path to Canada.

I’m sitting in the office of the digital agency TWG, an airy, sunny workspace that spans three floors of a building on Adelaide St. W in Toronto. There is a low din of commotion, and people chatting, eating, or pointing at laptop screens. Every surface is seemingly a whiteboard, from the tables, to the walls and cabinets, and they are covered with flowcharts and snippets of code in a rainbow of dry-erase marker colours.

I’m here to speak with Alisha Patel, TWG’s VP of Finance and Administration. “The problem with talent in Toronto and Canada is there’s not a broad nor deep enough talent pool,” Patel tells me.

There is an often-cited statistic around the office here, from a study commissioned by the Canadian government, which states that the country could see a shortage of 216,000 technology workers by 2021. The number underscores the problem Patel is speaking about: Canadian companies have been growing far faster than the universities in the country have been producing new engineers and developers. Senior-level positions sit empty for months, sometimes longer.

But Patel isn’t here to speak to me about Canadian talent problems. She wants to talk about one particular candidate, the first to join TWG via Global Skills Hub. Her name is Hafsa.

Hafsa Imran earned a degree in electrical and software engineering from the National University of Computer and Emerging Sciences in Lahore, Pakistan. Shortly thereafter, she joined the team at Mentor Graphics, an electronic design automation software company in Lahore, which was acquired by electronics giant Siemens.

“In Pakistan, I started off as a software engineer,” Hafsa recounted. “I was probably the first female to be a senior engineer in a 200-person engineering team, so I knew I was at a good place. I was also feeling weird, like, ‘what after this?’”

“If I don’t do it now, I’m going to regret it forever. I don’t want to be a person who never took the leap.”

Hafsa told me she struggled with feelings of hitting a wall in her career path, and started looking elsewhere for opportunities. Like many candidates, she felt driven by a feeling of having untapped potential. “But if I don’t do it now,” she remembered saying to herself, “I’m going to regret it forever. I don’t want to be a person who never took the leap.”

Some of her friends and colleagues, however, warned her about a culture gap that awaited in Canada. “In Pakistan,” she continued, “everybody has a weird idea that things are very different in Canada, that nobody can blend in. ‘Their work is very different, you won’t be able to understand.’”

Hafsa persevered, and eventually accepted a job offer at TWG as a software engineer via Global Skills Hub, which matched her to the company, as well as handled the entire immigration process. “Forty-five documents, almost, were included, to get my work permit. I couldn’t have done that by myself,” she said. Canada’s Global Talent Stream visa, a pilot project recently made permanent, promises two week approval times for international workers.

When she first arrived in Toronto, Hafsa did initially struggle with feelings of self-doubt.

“When I first came here, I had so many questions,” she said. “What if I don’t understand? What if they train too quick, or too slow? Which team? Which technology? How am I going to work? Then, on my first day, two people talked to me in my language, Urdu. That’s when I realized, things are very different here!”

Hafsa immediately realized that Toronto is as multicultural as it claims to be. “The first question people ask you is, ‘where are you from?’ But I can also ask them back, where are you from? Because everybody is from somewhere, they have something to add to my knowledge. You feel equal.”

So far, TWG has welcomed four candidates matched through Global Skills Hub, which also handled the immigration of an additional two. Erica MacDonald, Senior Recruiter at TWG, spoke to the value of seeking international talent.

“TWG has always been a leader when it comes to diversity and inclusion hiring in Canada, and global hiring builds on that quite neatly,” she said. “In the past, lack of Canadian experience was seen as a valid reason to decline a candidate; however, organizations should be more open to applicants from outside of Canada. The quality of talent you get is very much on par with what you find inside our borders.”

“Every candidate comes from a different place. Every candidate has a different story,” Patel continued. “If you come from different backgrounds, upbringing and beliefs you think differently and can bring a different perspective. When you walk outside what do you love and notice about living in Canada? That people come from all over. This needs to exist within companies. If you really believe in having a collective whole, you have to think holistically and big-picture, and be open to everyone’s background and beliefs. I believe that from a human perspective, how you build your family, how you treat your colleagues, and how you build products. These things all have to align together.”

Read TWG’s blog post on its path to hiring Hafsa. 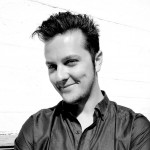 Kevin Bracken is a researcher for Global Skills Hub, which helps innovative Canadian companies hire developers and engineers from around the world. He is also a post-exit startup founder, having launched and sold his previous company, fitness app Gymsurfing, to the largest incumbent in the space, ClassPass. In his spare time, he creates massive metal art in Toronto with a team of friends, including the 30 foot-long fire-breathing dragon stage, Heavy Meta.

Last week BetaKit covered TeamSnap, a sports team management platform, when it raised $2.75 million. Today competitor Bluefields is staking its claim in the…