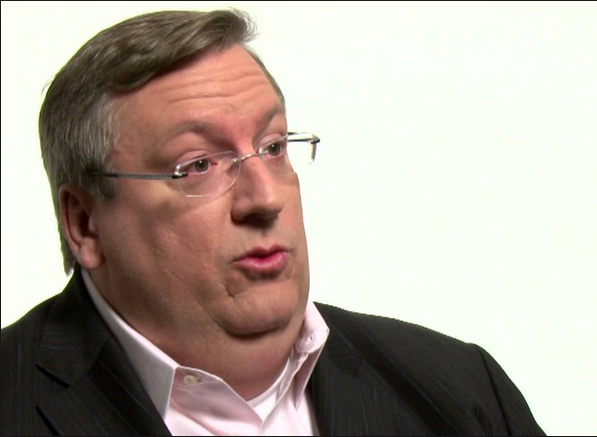 Mark J. Barrenechea called Ontario the “Silicon Valley of the North” in a recent opinion piece published by the Globe and Mail. In the article the CEO OpenText Corporation, one of Canada’s biggest and most successful technology companies ever, argues that there’s actually not that much difference from the tech mecca of San Francisco and Canada’s most populous province.

In an impressively written opening two paragraphs, Barrenechea compared technological significance of both highways 101 and 401, each on different sides of the Canada/U.S border.

“Similarly, Ontario’s tree-lined Highway 401 stretches 115 kilometres between Toronto and Waterloo, also connecting small and large technology companies, students, innovators and venture capitalists. Last year, this Ontario corridor surpassed all other cities and regions and became the world’s second largest innovation corridor. It is the Silicon Valley of the North.”

Here’s his three main points as to why Ontario is the “Silicon Valley of the North”:

“The Ontario corridor is home to early stage companies, large multinationals, government agencies, academic institutions and technology incubators – all focused on innovation. In fact, almost 60 per cent of Canada’s innovation activity occurs here and with access to a pool of talent added to the mix, the corridor offers the perfect landscape for entrepreneurs.”

Barrenechea quoted the economist and notable University of California, Berkely professor, Enrico Moretti, in saying that innovation “has a disproportionate effect on the economy of American communities. Most sectors have a multiplier effect, but the innovation sector has the largest multiplier of all: about three times larger than that of manufacturing.” “Moretti has it right. Ontario has it right,” wrote the OpenText CEO.

In 2013, investments made by VC funds totalled $2 billion, its highest level since 2007. Meanwhile, the federal government’s Venture Capital Action Plan program and a public-private partnership of a $217-million fund of funds, managed by Northleaf,  is infusing funding into startups.

“One of the key ingredients that makes Silicon Valley so successful is the “not afraid to fail” attitude. If technology innovation is to continue to thrive, entrepreneurs must take chances. You embrace failures, learn from it and then try the next iteration. And, when you have clusters of companies of like mind, such as those here in the Ontario corridor, you learn faster. Combine this attitude with the backdrop of expertise, the cost of entry for digital innovation becomes lower, making it less daunting for entrepreneurs to take risks,” wrote Barrenechea.

“I constantly receive letters from governors, finance ministers and business development agencies from around the globe to consider their jurisdictions as a place for us to set up shop to grow our business. We, however, choose to continue to invest in Canada because of the highly educated workforce, our strong university partnerships in R&D, as well as the province’s robust and innovative start-up communities.”