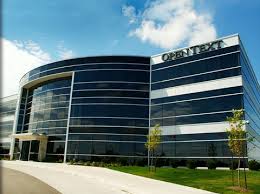 OpenText has signed an agreement with Kathleen Wynne’s Liberals that will see the Waterloo-based enterprise management company more than double its work force in Ontario over the next seven years. The agreement calls for at least 1,200 new jobs at Open Text, with the province chipping in $120 million towards the initiative.

This is pretty great news for both Ontario’s tech community and the province’s broader economy.

“At OpenText, our employees are our most valuable assets, and our commitment today validates the strength of the technology talent pool in Ontario,” said CEO Mark Barrenechea. “We are an Ontario-grown global company and we chose to invest here because of the highly educated workforce, our strong university partnerships in R&D, as well as the province’s robust and innovative start-up communities.”

OpenText will invest up to $2 billion in job creation while the Province of Ontario will provide OpenText up to $120 million in support of the initiative. More than 30 percent of the jobs created will be in R&D and 10 percent will be for youth in the province, those 29 years old and under.

“I am thrilled that OpenText, a made-in-Ontario success story, decided to carry out this expansion here,” said Ontario’s Premier, Kathleen Wynne. “We are proud to partner with OpenText to help create good jobs in Ontario and build a brighter future for our province.”

“This initiative is about immediate and long-term job creation at OpenText, enabling our Canadian employees to compete on the world stage,” said Barrenechea. “A strong OpenText means a stronger Ontario.”

As a few commenters on Twitter have already pointed out, it will be interesting to see more details revolving around the deal, and why Ontario chose to inject $120 million in a company that, frankly, doesn’t need public money. Nevertheless, the Liberals have their strategies and it looks like strengthening some of the province’s biggest players in tech is one of them.

“OpenText’s decision to invest and create jobs here inOntario is a vote of confidence in our tech sector and in the talented people who help it thrive and grow,” said Ontario’s Minister of Economic Development, Trade and Employment, Eric Hoskins. “This is about advanced technology, but it’s also about everyday people—ensuring families have stable employment and young people in school have prospects when they graduate.”