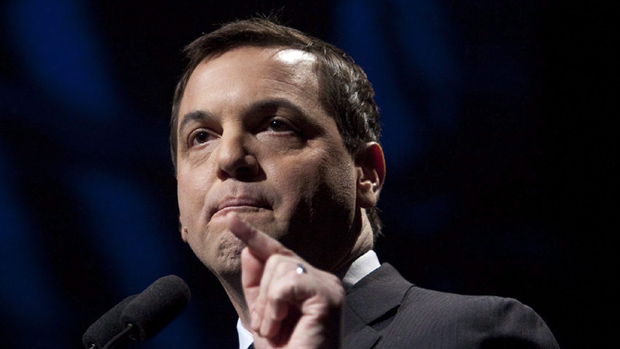 Ontario Premier Kathleen Wynne has certainly been in a giving mood to both the technology and business sectors lately, and that has raised questions from critics. It also reflects a trend within the province over the last ten years of criticized spending on tech initiatives.

Wynne made headlines five days ago when her Liberals signed a major agreement with Waterloo-based enterprise management company OpenText to more than double its work force in Ontario over the next seven years. The agreement calls for at least 1,200 new jobs at Open Text, with the province chipping in $120 million towards the initiative.

The premier wasn’t done there though. In a speech to a business audience on monday, Wynne announced a new $2.5 billion fund to help businesses set up shop in Ontario over the next ten years. It’s a move designed to keep companies- tech or non-tech- within the province, while attracting others to move there. “We need to be aggressive and creative in striking partnerships that are in the short- and the long-term interests of the people of Ontario,” she told reporters. “We can’t simply expect to keep Ontario competitive but then pretend that we’re not in a competition.”

Let’s also not forget that Wynne committed up to $220 million to Cisco Canada to expand their operations in Ontario. Throw in the $120 million cheque the Liberals wrote to Open Text, and Ontario has a high-rolling Premier who likes to drop cash on well-established tech companies. Cisco’s U.S. parent company earns billions of dollars every year, while Open Text’s annual revenues have reached $1.36 billion.

Of course this isn’t sitting well with the Progressive Conservatives and leader Tim Hudak, who called the Open Text move one that is “like handing out food vouchers in Rosedale.”

Hudak said he would rather cut taxes in the hopes of attracting private-sector investment. Wynne has said of Hudak that his party’s reluctance to partner with business will “”take us along a path toward a low-wage economy.”

It’s a conundrum of sorts: public spending on technology companies who have already performed at a high level mirrors startup ideology. It’s like “pouring fuel on the fire,” or investing when a company has shown that it is mature enough to reap benefits. And the Liberals feel that decisions like these will boost its economy. But it’s also sure to bother those who feel that companies like Open Text were fine before Ontario became its friend, and they’d surely be fine without the public money.

There’s also significant curiosity and criticism that surrounds public-private initiatives meant to spur seed-stage innovation, often whose results are both hard to quantify and unlikely to bring big returns to the province anytime soon.

Most typical of this scenario is the curious case of the MaRS Discovery District, or “Innovation Centre”, a sprawling complex at the corner of University and College avenues in Toronto. It’s a non-for-profit, public-private-backed corporation founded in 2000, but it never fully got off the ground until 2005. It’s broad mandate of spurring innovation focuses itself through “an extensive network of partners to help entrepreneurs launch and grow the innovative companies that are building our future”. There, it fully or partly funds sectors such as the JOLT startup accelerator program, which is partly backed by MaRS Ventures, the MaRS Investment Accelerator Fund, MaRS Information and Communication Technology, MaRS Cleantech, MaRS Health and more.

Between 2002 and 2008 MaRS had already received $130 million in public subsidies. Places like Silicon Valley, the tech startup mecca which Canadian startup communities like Toronto routinely try to emulate, have historically received little (if any) public money from the state of California.

In 2013′s “Sunshine List” of public sector employees who made at least $100,000, 42 employees at MaRS made the cut, including five within the MaRS Investment Accelerator Fund. Most prominent among those salaries was the nearly million dollars paid to MaRS’ top three earning employees. MaRS CEO Ilse Treurnicht took home $532,500 in 2013.

MaRS said on its website that its initial investment of $600 million “has already driven more than $2 billion in economic value.”

MaRS isn’t the only innovation-focused hub to receive public money. In November, the Communitech hub in Kitchener-Waterloo were recipients of a $15 million grant from the province of Ontario, to be balanced over three years.

Suncayr’s Rachel Pautler on the importance of a killer pitch

Attendees at the Velocity Fall Fund Finals last November were shocked, shocked, when Suncayr didn’t walk home with one of the prizes. A member…