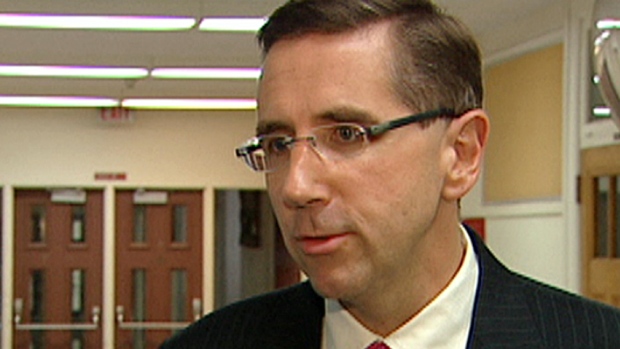 The government of Ontario is letting its citizens vote on a master list of 1,000 data sets they collect over which ones should be made public.

It’s part of a growing trend of increased government transparency, by releasing large sets of data for the community to both access and work with. The data sets range from traffic infractions, water quality information and crime data to standardized student testing and school enrolment to government procurement and contract data.

First reported this morning on Canada.com, the move is making open data, or raw government data frequently collected in spreadsheet or databases, open to the public instead of the usual process of filing an access to information request.

“Governments around the world generate and collect huge amounts of data and statistics,” said Ontario’s minister of government services, John Milloy. “Instead of the government deciding which data sets to release first, we decided to do something different and ask the people of Ontario to decide.”

Taking raw government data and publishing it as well-packaged, readable trends takes time and money though. It first needs to anonymized, abiding by privacy and security legislation. “This is about transforming it into a machine-readable format, and that takes some effort and that takes some resources,” said Milloy.

Canada.com recounted how Ontario was the third province to start releasing open data, opening its open data portal in November, 2012. It took criticism from the open data community for being too closed off, and quickly adapted.

Even the federal government has joined the trend of allowing data enthusiasts to engage in hackathons to put open data to efficient use. Two weeks ago, Tony Clement crowned two university students from the University of Waterloo-Stratford and the University of Guelph as the winners of the CODE, the first national C.O.D.E appathon. They won $25,000.

“Open data has the power to spur innovative ideas that will encourage economic growth and help people in their everyday lives,” said Milloy. “Our open government initiative is about increasing public input into government decision-making, including how we open up Ontario’s data.”

The government of Ontario’s open data site officially includes 177 open data sets, more than the City of Toronto’s 140. But that number is sure to rise as a result of this initiative.

In late June we reported on a 15-year-old Vancouver student who was named a finalist in the Google Science Fair 2013 for her “Hollow Flashlight,” a…