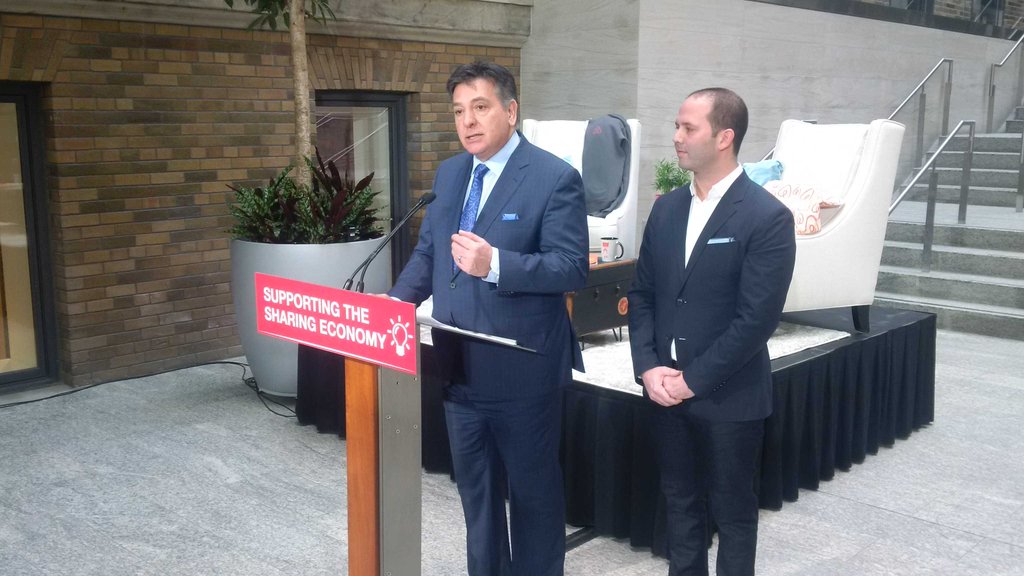 Sharing economy companies butting heads with lawmakers and the industries they’re disrupting are nothing new, but the Ontario government’s decision to partner with Airbnb may show that the tides are turning.

The Ontario government is launching a pilot project with Airbnb with the goal of raising awareness about homeowners’ and consumers’ rights and responsibilities when offering or booking online accommodations.

Some issues that will be addressed include following tax laws, such as reporting rental income, consumer protection rights under contracts, accessibility requirements like allowing service animals on the property, and safety requirements like having a functioning smoke alarm and carbon monoxide detector.

“Studies show that the entire tourism industry is growing and opportunities are being created in communities across the province because of innovative companies like Airbnb,” said Ontario minister of finance Charles Sousa. “It is through strategic partnerships like this that we will deliver on our government’s number-one priority of growing the economy and creating jobs for Ontarians.”

The decision to partner with Airbnb is the latest display of Ontario’s attempt to embrace the takeover of the sharing economy and tech innovation; in January, the government announced that ride-sharing insurance would be available in the province, and Ontario is the first province to allow testing of self-driving cars.

“Airbnb is proud to partner with Ontario and ensure our host and guest community have the tools and information they need to understand their rights, responsibilities and tax obligations for home sharing,” said Airbnb’s Canada country manager, Aaron Zifkin. “With this pilot, the province has reaffirmed their commitment to harnessing the power of new economic opportunities created by the sharing economy.”

#TechVAN March: On tech debt, beauty, and getting good