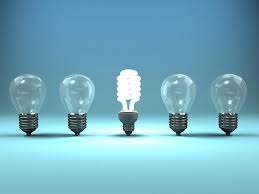 The government of Ontario has committed $190 million over six year to support innovation and create jobs in the province.

Apparently Since 2003, ORF projects have leveraged over $2.9 billion in funding and helped create more than 5,500 jobs in the province. “Research is the foundation of a knowledge economy — new findings lead to new technologies, companies and jobs,” said the province’s minister of research and innovation, Reza Moridi. “Across the province, researchers and companies are improving competitiveness, launching new ground-breaking products and services and changing lives.”

This is good news for startups, particularly those working on research and looking for an outlet for commercialization. Nearly half of all Canadian research is done in Ontario and in the last decade more than 20,000 researchers have been trained in the province with 150 new companies being founded.

The Council of Ontario Universities CEO Bonnie Patterson said that more than ever, our economic and social prosperity depends on our ability to compete and succeed in the global marketplace. Thus, “we need to generate innovative ideas and to convert those ideas into real-world applications that improve our communities. The Ontario Research Fund will help make Ontario universities even more competitive.”

Despite a well-noted Canadian lag in productivity when compared to other countries, Canada’s research performance is actually sixth in the world, right behind the US and UK. Since 2003, ORF Research Infrastructure projects have recruited or trained over 20,000 people, created 86 spin-off companies and helped create over 5,000 jobs. And, Ontario’s investment in ORF Research Excellence is leveraging at least $130 million in investment from the private sector and academic institutions.