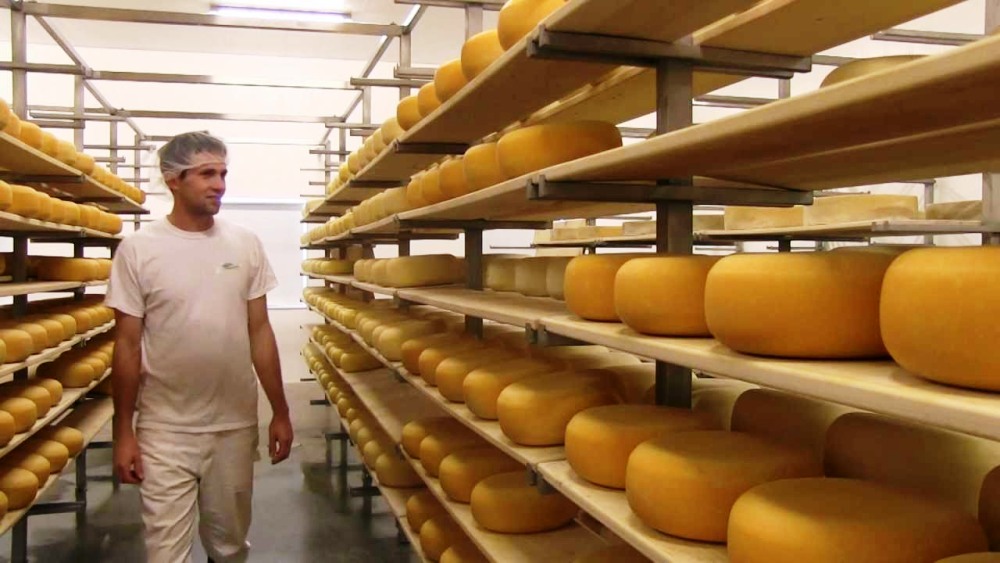 The votes are in and the Business Development Bank of Canada (BDC) has named its 2014 Young Entrepreneur Award winner, in Gunn’s Hill Artisan Cheese‘s Shep Ysselstein.

Ysselstein is also up for the BDC’s “Best Entrepreneur Name Award” for this year as well. Well, no, I just made that up. Anyways, the cheesy businessman has won $100,000 as part of the victory.

The “big cheese” at the company, Ysselstein’s project involves the construction of a 2,000 square-foot, climate-controlled curing and aging extension to his current building that would allow him to double his annual production of cheese to 60,000 kilograms. His business needs to invest in this expansion to keep up with high consumer demand for his premium cheeses from grocery chains and specialty food shops across the province.

“Winning the BDC Young Entrepreneur Award contest means a lot to our business and to the local dairy economy,” he said. “We’ve been overwhelmed by the amazing public support and I want to thank everyone who voted for us. I also want to thank BDC for creating a contest that inspires entrepreneurs to take a hard look at their businesses and come up with concrete projects that will drive new growth.”

“I congratulate Shep on winning the 2014 BDC Young Entrepreneur Award,” said the BDC’s Michel Bergeron. “His business illustrates how an entrepreneurial vision can create real opportunities for any industry, anywhere in Canada. Gunn’s Hill is more than a cheese plant; it’s a rural enterprise that creates jobs and economic activity and drives a small community forward.”

“We plan to use the $100,000 Grand Prize to accelerate the growth of our business,” says Shep. “The new curing and aging rooms will allow us to double our workforce, meet demand for our current products, and create new premium aged cheeses that will further boost our revenue. We also hope this boost will put us on track for a future national expansion, so we can start selling our products across Canada.”

Bee Wrapped, an idea submitted by Toni Desrosiers, the owner of Abeego Designs, Inc, was the contest’s runner-up. The Victoria, Vancouver native received $25,000 in consulting services offered by BDC.

Created by the Business Development Bank of Canada in 1988, the BDC Young Entrepreneur Award contest pays tribute to “remarkable Canadian entrepreneurs” between 18 and 35. For the first time in 2014, a national committee evaluated the quality of the finalist projects and gave each finalist a ranking that was combined with the public vote. The national committee evaluation was weighted to account for 30 percent of each project’s final ranking, and the public vote accounted for the remaining 70 percent of the ranking. Online voting in the BDC Young Entrepreneur Award contest took place between May 29 and June 12.