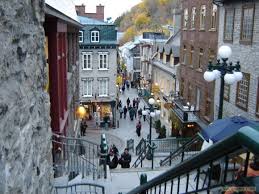 Toronto-based online travel magazine Vacay.ca, an online offshoot of Elevation Media Solutions, has released its list of Canada’s Top 20 streets. Six streets on the list come from Ontario and Quebec each, representing the two provinces with the most “Top 20” streets.

Vacay.ca’s content has been syndicated on national television and radio programs like CBC, and it features a mix of user-generated content, journalism, documentary-style videography, and social-media focus “has made it Canada’s leading digital travel publication.”

“The streets of Canada’s neighbourhoods are the arteries of our communities. The shops, people and experiences that occur on them define our societies,” wrote Vacay.ca. “When Vacay.ca set out to find the best streets in the country we did it with a sense of exploration and authentic experience in mind.”

Here’s what the site came up with for Canada’s top 20 streets:

One of the most historic streets in Canada is quite likely the nation’s prettiest. A home to artisans, a centuries-old church, the famed breakneck staircase, and boutique shops, rue de Petit Champlain offers a touch of the past and all the present charm of contemporary Quebec City.

History, ghosts, and some of the best party atmosphere in the country.

The closest thing Canada has to New Orleans’ famed Bourbon Street. George Street has more drinking establishments (25) per square foot than any thoroughfare in North America.

Chockful of good times — no matter where you might be.

Bustling with action, great eats, and entertainment, the Byward Market is the epicentre of fun in the nation’s capital.

The art galleries. There are so many of them and their storefronts are so inviting that Rue Saint-Paul may be the only street in Canada that makes you feel like a museum visitor.

It proves that Quebec has just as much contemporary gems to offer as historic ones. The street is the focal point of the Saint-Roch district, known for its boutique shops, fantastic bars, and outstanding restaurants.

Strollers can visit 15 different art galleries or just indulge in some serious retail therapy for blocks.

The Dakota Tavern (249 Ossington) is one of Canada’s best small music clubs. It has an intimate, folk-rock feel and often features numerous alt-rock bands, particularly during Canadian Music Week each spring.

Kensington Avenue shares both its name and eclectic vibe with the Kensington Market neighbourhood renowned as Toronto’s best hood for bohemian culture and forever young lifestyle.

In Old Strathcona, Whyte Avenue is a popular hangout for anyone looking for a great place to enjoy good food or drink — or just dance the night away.

The Red Mile is one of Canada’s most eclectic high streets. The concentration of top-notch restaurants, funky bars, and cool coffee shops makes it Cowtown’s leading entertainment district.

The architecture and views of the lake are the things that will quickly grab you, with the lovely Prince of Wales Hotel (6 Picton Street) book-ending the east end of the street and a scenic view on the west side, just west of Fort Mississauga (223 Queen).

Toronto will always be a multicultural capital of the world. One street where you can witness diverse Toronto at its best is College Street, where Little Portugal and Little Italy combine to create a magical — and tasty — path for Canada’s largest city.

At the southern end of the street is English Bay and the beauty of Vancouver’s stunning landscape, featuring ocean and mountain views.

Montreal’s magnificent and more contemporary architecture is on display on this thoroughfare. Sherbrooke Street, perhaps more than any other spot in the city, reminds us of the great promise Montreal had before the exodus of business in the late 1970s and early ’80s.

Grand Allée is where everyone goes to let go and have fun. This is where university students go to have a good time, and where couples and friends enjoy a walk before tasty meal.

It won the award for favourite street in 2012 from the Canadian Institute of Urban Planners.

Do you have to ask? The name is fantastic.

Jordan Kretchmer is the Founder & CEO of Livefyre, which was acquired by Adobe in 2016, where he is now a Senior Director continuing…