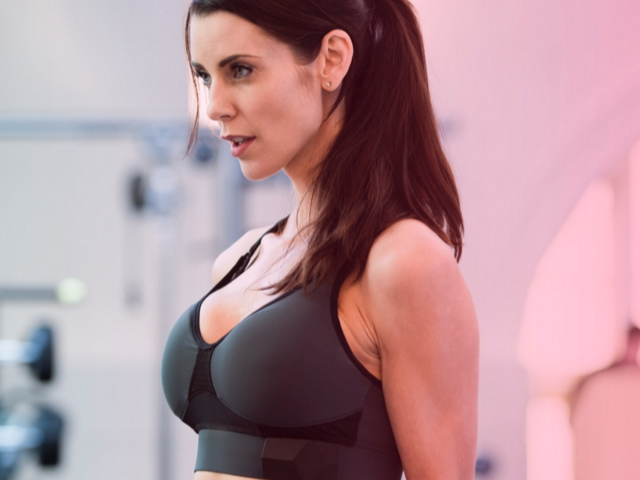 Did you know that Montreal-based smart clothing startup OMsignal’s first product wasn’t a shirt? This is what the company had to say in a recent blog post:

“OM’s initial product was a bra, but at the time our resources were rather limited and as such, while we had the technology and an incredible team of scientists and engineers, truth be told, we were lacking in the apparel design capabilities and experience.”

Four years and 1633 prototypes later, OMsignal has announced the OMbra smart bra. In addition to the sensor tech within, OMsignal says it has worked hard to make the OMbra both comfortable and aesthetically pleasing, engineering a bra with four-way stretchable fabric, as well as adjustable straps and closures.

Beyond the form, the Montreal-based company intends to provide the OMbra significant function through its also newly announced OMrun platform. In addition to the standard metrics of most fitness platforms (distance, pace, heart rate, calories, etc.), OMsignal claims OMrun will feature metrics exclusive to its platform, including fuel spend, breathing rhythm, fatigue levels, and biometric effort. OMrun will also feature a biometric coach, telling you how hard you’re working, how hard you should be working, and providing optimization tips.

OMsignal says both the OMbra and the OMrun platform will be available spring of this year.

The Canadian Digital Media Network (CDMN) has accepted eight companies into the February 2018 cohort of the Get There: San Francisco program. The program…