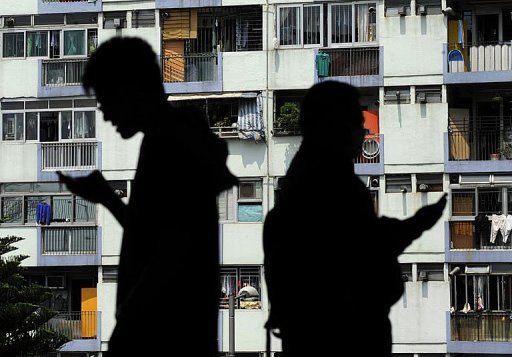 New figures from the the Worldwatch Institute indicate that by 2014 there will be more cell phone plans than actual people. That’s right: the number of mobile subscriptions- that is, the number of active accounts that have access to a mobile network- far surpasses the number of phone owners, and the number is expected to hit 6.8 billion by the end of 2013.

But the report largely suggested that because the mobile phone market is so saturated, growth has actually slowed down. Annual additions to mobile subscriptions peaked in 2010 at 680 million. The subscription rate began to dip in 2011, and an estimated 424 million new subscriptions will be added in 2013—-some 250 million fewer than in 2010.

The report revealed that nearly half the world’s population actually owns a cell phone (or multiple cell phones)- more than 3.4 billion. And as of 2010, more than 90 percent of people worldwide were covered by a mobile phone signal.

If you’ve ever heard the alarming statistic that more people in India have a mobile phone than running water, you heard it right. In fact, the Worldwatch Institute claims that the developing world is home to nearly 4 billion more active mobile phone subscriptions than the industrial world (which shouldn’t be surprising given the distribution of the world’s population).

The report had a lot of interesting stuff to point out, particularly the dominance of 2G networks in developing areas. It projects that the future of the mobile phone industry will be less about adding new subscriptions and more about improving existing service. The most common mobile network in the world uses 2G (second generation) technology that allows users to talk and send text messages. 2G accounts for nearly 4.7 billion mobile subscriptions today and in the developing world, 2G is the dominant mobile platform because the network is very inexpensive to install, costing less than fixed-line networks for wired phones. “The ability to set up 2G networks on difficult terrain without much pre-existing infrastructure has led to ‘leapfrogging,’ in which many users skip landline technology altogether in favour of mobile phones,” read the report.

Also interesting was the fact that in many developing countries, large amounts of financial activity is now being handled via the mobile phone.

“Perhaps one of the most important side effects of the growing mobile phone industry in the developing world is that financial services have become tethered to mobile phone use in poor regions. Areas with high poverty tend to have mobile subscription rates of 50 out of 100 people, while only 37 percent of people living there have access to a physical bank branch,” read the report. Financial institutions have begun to leverage the existing infrastructure for mobile phones so that a host of transactions—-such as opening a savings account, paying bills, or transferring money—-can be conducted at local mobile retail stores.

Toronto-based POS financing platform Financeit has announced the close of a $75 million renewable securitization facility, and a $10 million warehouse facility from a…