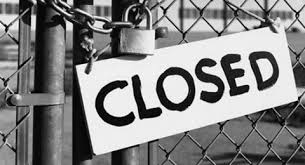 Last month I attended a startup event called FailCamp, which sought to bring entrepreneurs together to celebrate failure. It ended up as a collective group-hug of warmth and fuzziness, with various speakers detailing lost battles and triumphs.

Entrepreneurs like Nexalogy CEO Claude Theoret gave touching accounts of being literally down-and-out, with no money and no job, on the way to success. It was all very nice and self-congratulatory, but little was touched upon how one was treated by their peers during failure.

For instance, what would it feel like as the leader of a highly-hyped startup with the backing of a Canadian accelerator, after the business was forced to shutter? Would an entrepreneur’s friends shutter him/her off as well?

Steven Lachance is the former CEO of FounderFuel startup Liverides, which was a ridesharing app. Startups in that space have succeeded while many others have failed. For Lachance, the team burned through too much of the development budget, with not enough users to show for it. The former CEO shuttered it sometime in 2013, joining the much-referenced 80 percent of startups that fail.

Read Also: The Truth About Accelerators: Some Accelerate Success, Others Accelerate Failure

I persisted in my desire to interview him, and at no time did he independently express a desire to speak out about this subject.

Quite simply, after Liverides shut down the entrepreneur said “nobody gives a s*** anymore.” It shouldn’t be entirely surprising: we all have our own priorities in life and when twitter is shoving the startup hype in our face by the minute, interest levels wane and failed companies are forgotten. But it’s undoubtedly a topic that’s conveniently swept under the rug, sometimes by those same people who celebrated that company a few months prior.

Lachance said his post-Liverides relationship with the investors could adequately be summed up by “It’s not personal, it’s business”. Investors aren’t your friends, said Lachance, they’re your investors.

At one event after the closure, he said he spoke with with several former cohort-members from their accelerator. “We all thought the same: how its funny that six months before you were the centre of attention and how really nobody cares after. I don’t need to be the centre of attention, but it was obvious that their attention is directed at a few people that they must see the return opportunity. Once that opportunity is closed, the human behind it really doesn’t matter.”

The interesting part here is that Lachance was the centre of attention. FounderFuel produced a really cool reality show (that was half french and half english), in which Lachance was portrayed in the hero’s light as he drove his startup forward. It’s a good look into how an accelerator program works, and it also showed that Liverides had a lot of support around it.

For the Quebec City-based entrepreneur who since joined another startup (and has “big plans” for 2014), he said shuttering Liverides hurt. “It was very tough and it left deep emotional scars because I saw many of the reasons Liverides failed when I go back to the roots. I see them as my personal defects,” a candid Lachance told us. “I carried that project on my shoulders and I carried it a little bit too close to my heart. It’s much healthier if you can distance yourself from it a bit.”

Nevertheless, Lachance said in a few years he knows he’ll look back on the experience as both necessary and positive for his development. He said when people can come out of those situations looking to improve, things will be much better the next time. “It’s a period for growth.”

Ironically, the night we chatted about his experience, he was planning on sharing a few pints with a fellow entrepreneur whose startup had just failed. Few people can truly relate to what its like, not even friends and family, said Lachance, and he was looking to support his peer as much as possible.

No matter who’s right and who’s wrong, stories like Lachance’s can point to some lessons the startup community can consider. Given the rather sensitive period that an entrepreneur is going through after a failed startup, rally around that person and make them feel even more welcome than before. Ensure they show their face at startup drinks and other events. Who knows: depending on how well they bounce back, the tables may be turned one day.

This week, two Vancouver startups made significant funding announcements. Here’s the latest on who raised how much, and from whom. UrtheCast receives $17.6 million…