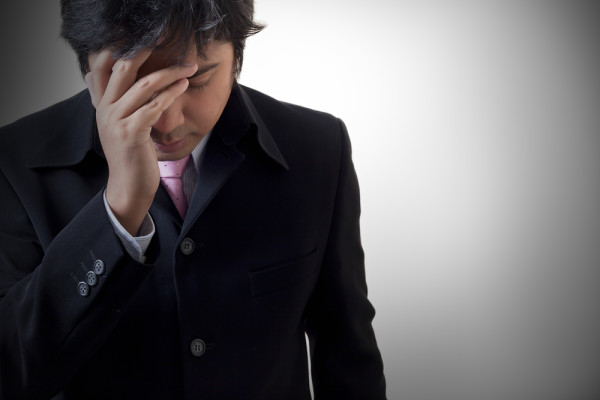 Driving with my dad just before Christmas, I asked him when he might consider retirement. Approaching his 53rd birthday, he told me “not for a while,” and even then he’ll probably continue to work part-time somewhere to keep a bit of money flowing in.

My dad never worked at a tech startup during his career, but can you imagine him approaching a Home Hardware, Walmart or some other big store, armed with a resume speckled with terms like “Data Ninja”, “Coding Wizard” or “Growth Hacker”? It would be comical. Likely they’d politely tell him they’ll keep the resume on file, or courageously inquire why, exactly, he has the term “wizard” on a work resume.

Whether it’s cool or downright frivolous, titles like these have fully (and unfortunately) infiltrated the startup vernacular. According to an Adzuna survey that surfaced in November, titles like Wizard, Legend, Guru, Ninjas, Superheroes and Rockstars are commonplace among job postings for Canadian tech companies.

“It’s one of the things about startup culture that I dislike the most,” said Aron Solomon, a senior advisor at MaRS’ EdTech department in Toronto. “I love startups and love working with them, but these names have to stop. It’s just getting more and more bizarre.”

Solomon asked me to consider a person walking into a Target store in some small town in one of the Bible Belt states, clutching a resume proclaiming that they posses extensive experience as an “evangelist”.

“I can imagine a conversation in Target where the person says they’re an evangelist for startup X, the store manager assumes they’re a preacher, they start talking about their startup and the manager’s like ‘what the hell are you talking about?’,” said Solomon. “Part of the problem with startups and the tech world is that we don’t understand that there’s many people around the world who don’t understand what we do, so we’re not helping ourselves in any way, shape or form.”

Solomon’s point is hypothetical of course, but it points out the inherent ridiculousness of these titles. So why do tech startups do this? Why can’t it just be “director of business development” or “programmer”?

The MaRS advisor offered that it’s an unfortunate byproduct of a cult of celebrity around startups.

Could it be part of the unspoken divide between the startup and corporate worlds? There’s arguably a certain pride in working for a startup: it’s everything that a soulless corporate job isn’t. It’s supposed to be a job that provides more freedom, flexibility and responsibility to make a real difference in the products that companies create. Perhaps it’s just a natural aspect of the startup world’s efforts at differentiating itself.

Noah Redler takes a more relaxed stance towards all the funky job names. He’s the campus director at Montreal’s Notman House and a long time volunteer with Startup Canada. It’s nothing new, he explained, seeing businesses pumping up job titles in order to attract talent. “More and more university graduates didn’t want to emerge from four years of school to be a salesperson, so companies changed the title to Business Development, which sounds more important,” he said. “Tech startups need to hire talent too, and the tech community is actually turned off by traditional business terms, so if all employees want is to be called a ‘Ninja of making money for the company’ let them be a ninja, as long as the work is done well.”

After all, he said, Ninjas are badass. Fair enough, but a coding geek is not a ninja. He or she is a person being paid by another person to do work for them.

Even the title of CEO can irk Solomon at times. If someone came up with an idea and registered a company of one person (themself), how are they a “chief executive officer”? More appropriate would simply be the title, “founder”. Once you’ve hired employees and start generating sales, CEO sounds more realistic. “I think its important when the company is built, so people ultimately know who they’re dealing with,” he said.

But as for the more cringeworthy titles like ninja and wizard, Solomon called it overkill. “We really do ourselves a disservice when we give ourselves titles that no one outside of the startup world knows.”

Startups are great, but some might consider taking themselves less seriously, he said. “Number two, we need to understand that there is a world outside of our world of tech startups and people should understand what we do.”