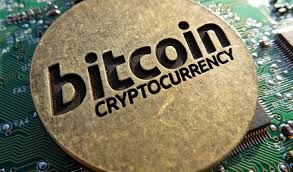 It hasn’t been a good week for the cryptocurrency so loved by many, but feared by those with little knowledge about it. Just this morning British press revealed that police have been using the help of banks to arrest pedophiles using hidden money trails behind, using Bitcoin as payment (and you probably shouldn’t click on the article link if you don’t feel like reading something awful today).

Here in Canada the Canadian Press reported that the memo filed for Flaherty read that while the degree of criminal activity involving Bitcoin is unclear, some have raised flags about its potential to fund illicit activity.

Bitcoin is a digital currency exchanged through computer transactions without the oversight of central banks or individuals with power. Every transaction in the history of Bitcoin is recorded via a “blockchain”.

The memo was rather scathing in its views on Bitcoin. “Virtual currencies such as Bitcoin have been criticized for their potential to fund illicit activity, such as money laundering and terrorist financing,” it read. ““For example, there have been a number of security incidents in which Bitcoin wallets or other infrastructures have been compromised. These incidents have exposed users to either theft of Bitcoins or theft of personal information given to Bitcoin exchanges.”

The memo was released to the press via an access-to-information request, and it came alongside several internal notes — including an RCMP analysis — revealing concern among federal officials about Bitcoin and other virtual currencies. For example, the March 2013 RCMP report concluded that Bitcoin represents a fresh method to launder proceeds of crime “under a new cloak of anonymity.”

Experts believe that the behaviour shown by federal authorities towards the currency thus far will likely result in over-regulation in Canada. But Bitcoin is a currency known for its seamless, open and accessible nature to both developers and general enthusiasts. Dampening it with regulation may come with risking the loss of technological innovation surround it, simultaneously happening all around the world.