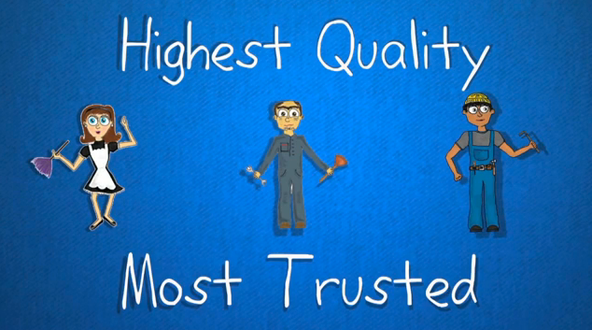 Yesterday was a big day for Handybook, the New York-based startup backed with $15.7 million in venture capital. The startup expanded to 12 additional cities, including Toronto.

Evidently it see’s Toronto as a market with potential to gain a strong amount of users. “We are thrilled to bring Handybook to Canada and specifically Toronto. This is a natural evolution for the brand and after looking at the landscape, we know Toronto is the ideal market our services,” said CEO Oisin Hanrahan.

Handybook is an app that helps users find trustworthy professionals who can take care of household needs like cleaning or repairs. The company said its bookings increased 60 percent month-over-month in 2014.

In an interview with CNBC on Monday, Hanrahan explained that the company grew from 13 to 25 cities on Monday, and from 20 employees last month to 100 today.

He was asked if the funding and the rapid expansion could lead to scaling too quikly. Hanrahan replied that “I think we’re in this moment in tim where people are suddenly okay booking services on mobile and web, and what that means is theres going to be great consumer brands built for the first time on mobile right now.”

Of the $15 million in capital, the CEO said the company has “deployed” less than 12 million.

“This is a trillion-dollar market globally that’s moving from ratings and reviews to transactions, for the first time, and that creates huge opportunity for a consumer brand to be built.”