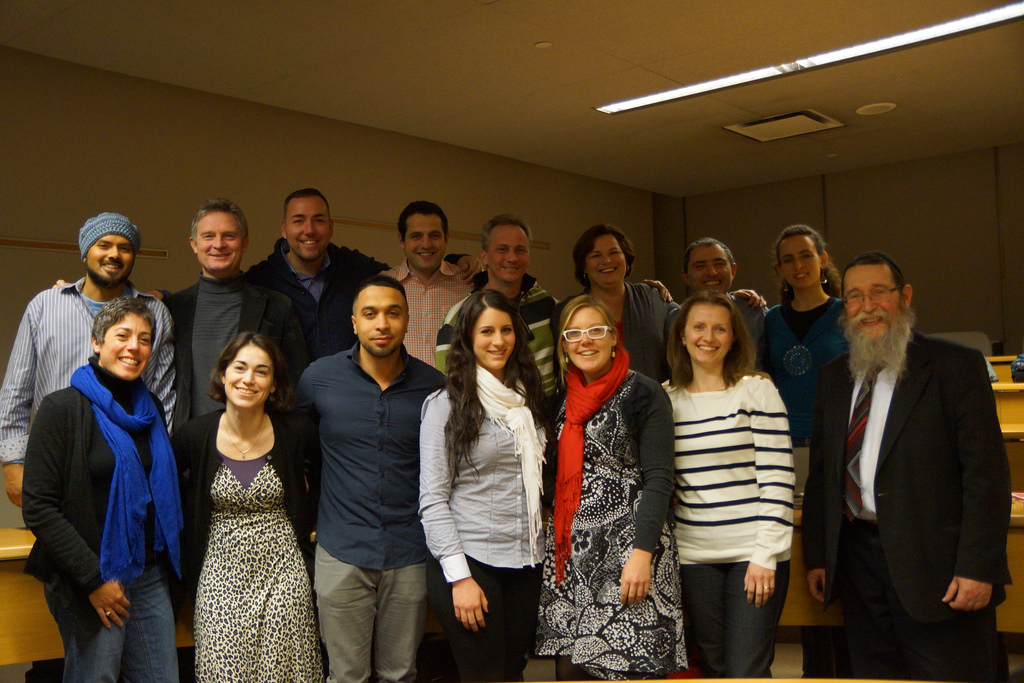 There’s a new incubator program for startups in the Toronto area, and the resounding message is that of inclusion.

The York Entrepreneurship Development Institute (YEDI) Incubation Program is a new, 12-week intensive program that seeks to take in 15 ventures with as close a non-profit to for-profit ratio as possible. (Note: the “York” refers to York region and not York University).

Entrepreneurs from any background, with any level of experience can apply with a venture from any sector.

Currently five non-profit and five for-profit ventures are gearing up for their January 17 culmination of the program, or the “Venture Fair,” in which companies will pitch a crowd of investors, potential sponsors, banks and media.

YEDI was formally incorporated as a non-profit, charitable organization in May, and as project director Dana Ayrapetyan explained, it set out with a different vision than most incubators.

“The idea was to create a new incubation model, one that differed from the vast amount of ones we currently have in Toronto, one that would serve both Toronto and York region ventures and one that would focus on education and formal training,” she told BetaKit. “Give a man a fish, you feed him for a day, but teach a man to fish, you feed him for a life time. Coming from that we felt wanted to equip incoming entrepreneurs with very solid and high calibre entrepreneurship training.”

That training is 12 weeks of education and theory that’s applied in seminars. Each week includes a four-hour lecture and cohort members participate in six total seminars.

YEDI doesn’t take any equity from startups and they don’t give them any capital, but for-profit startups pitching on Friday have a legitimate shot of investors to give them up to $500,000. The non-profit startups primarily pitch to potential sponsors, who also wield considerable potential capital.

The selection process, said Ayrapetyan, is quite rigorous, with a selection committee comprised of members of the BDC, the Schulich Executive Education Centre and other parters and supporters. Potential ventures are judged on four criteria: market feasibility, innovative value, investor appeal and social impact. YEDI is not out to accept any small business, but companies that are not only solving a problem but actually changing the structures in place in a given sector.

Because they accept anyone from “raw” early-stage entrepreneurs to later-stage entrepreneurs, there is no set workspace that cohort members must show up to everyday. Rather, they attend the lectures, seminars and one-on-one office hours, taught at the Schulich Executive Education Learning Centre at York University. It means that if members work a full-time job during the day, their schedules can generally manage the program.

Ayrapetyan seemed confident that if YEDI has done a good job in preparing these ventures, and if the entrepreneurs are committed to their projects, “they’ll be able to access financing at the end of every session.” I asked her if this might be an overly-definitive stance, given investor unpredictability with even some of the most hyped-up, well-performing companies coming out of some of Canada’s other, more well-known accelerator or incubator programs.

The program director answered that while she agreed, the investor input during even the earliest selection meetings for upcoming cohorts means that “the selected projects are those that do behold some potential in the investor market.” Additionally, she said that while the goal is to see ventures attain success following graduation, YEDI is still confident that entrepreneurs that don’t get funded still come out of the program with a solid education that can be used for their next endeavours.

“All of this to say, our metrics for success certainly include successful projects, but also the community impact we are able to create,” said Ayrapetyan

Apparently it’s worked out nicely for this first cohort though: although she couldn’t disclose which ventures, one for-profit and one non-profit have been offered funding to the combined tune of over $1 million.

It seems like a great initiative. The fact that YEDI is inclusive of all sectors tells me that certain projects passed over by more traditional accelerators (because of specific focus they have on the startups they want to work with) means that some “diamonds in the rough” can surface during the program.

Moreover, since YEDI doesn’t take equity or give out seed capital, there’s less pressure to attain returns from limited partners (accelerators and incubators are in the business of making money after all).

Regardless, this program still seems intent on picking the winners. Their application process for their spring 2014 session is currently open for potential applicants.

The Government of Canada has announced a $2.2 million investment into Montréal-based tech company Spark Microsystems to develop environmentally-friendly technology for wireless communications devices….