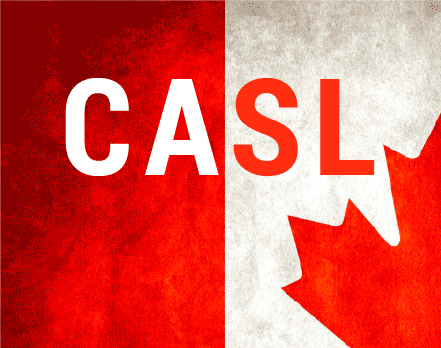 Aside from the flood of emails over the last two weeks from Internet marketers begging us to give them permission to continue to send us stuff, it might be a fair assumption that most Canadians don’t fully understand Canada’s new Anti-Spam Legislation (CASL) laws.

New data from Constant Contact indicates that the majority of Canadian small businesses don’t either.

“Despite the fact that CASL came into force July 1, it’s clear that small businesses are behind the curve when it comes to fully understanding the new legislation and what steps they need to take to be compliant,” said Lisa Kember, regional director for Canada East at Constant Contact. “Getting educated is the first step to being CASL compliant, and ultimately, achieving marketing success. Constant Contact has free CASL resources available to help small businesses and organizations, both in terms of education and marketing tools, to enable them to become compliant marketers.”

Just 29 percent of Canadian small businesses surveyed began preparations for CASL before July 1. Another 21 percent of respondents reported that they would begin preparing soon, while the remaining half was evenly split by small businesses that were either uncertain about when they would begin preparing (25 percent) or were not planning to make any changes or preparations at all (25 percent).

The small businesses taking steps to prepare for CASL are largely focused on:

Limited action is being taken when it comes to other aspects of CASL compliance:

“The relative inaction on the part of small businesses, and their uncertainty about what needs to be done, underscores the need for CASL education,” said Guy Steeves, regional director for Canada West at Constant Contact. “While there is a grace period for some aspects of CASL, all businesses need to be taking action at this point. By focusing on permission-based marketing the way CASL outlines, small businesses will avoid possible penalties and at the same time set themselves up for marketing success.”

The majority expect CASL will not impact their profitability, gross revenues, and number of customers.