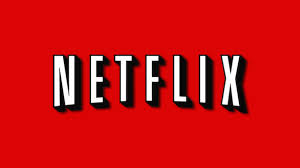 Netflix has increased the price of its popular video and television streaming service up to $9 for new customers in Canada and elsewhere.

According to Reuters, Netflix suffered from a consumer exodus and stock plunge after it announced an unpopular price increase in July 2011 of up to 60 percent for some U.S. members. Perhaps the move represents a licking of wounds for the American company.

Nevertheless, the price increase won’t increase current customers for two years, who would have received an email today like this one:

The company said on April 21 that a price hike was coming, and analysts speculated that Netflix would see little backlash for a small price hike, given growing demand for its service, as Reuters reported.

Netflix has spent aggresivly for content for its 35.7 million streaming subscribers in the United States, and 12.7 million in Latin America, Europe and Canada. It operated in 41 countries worldwide.

“We will continue to make Netflix the best possible place to enjoy entertainment across all the devices our members own,” Netflix said in a blog post on Friday.

The company has made itself a nightly fixture for users all around the world for popular series like “House of Cards” and other original shows such as “Orange is the New Black.”