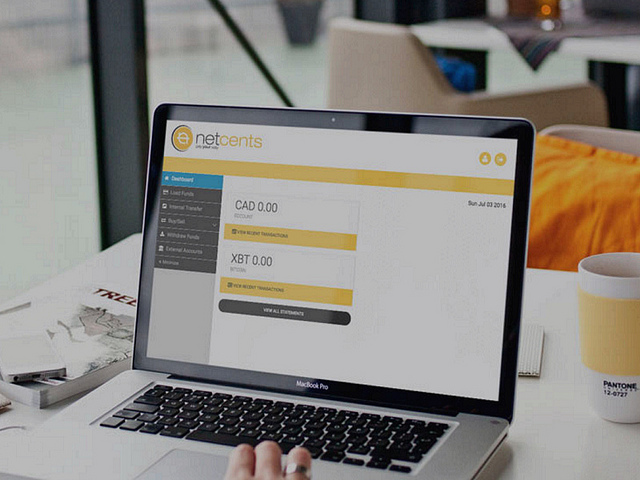 Vancouver-based NetCents, which offers a bitcoin wallet to buy, sell, and transact bitcoin, has launched beta testing of its Payment Gateway platform.

The solution delivers a universal plug-and-play merchant API capability so that businesses can accept credit card transactions in digital and traditional fiat currency, as well as PayPal and Apple Pay. The test launch has begun with select ecommerce sites doing a minimum of two million transactions a day. The FinTech company is based out of Coal Harbor, just a short jaunt from Vancouver’s Gastown tech hub – but their product has global potential.

One might think that merchants have already solved the payments problem; after all, there are more ways to pay than ever. But there are still problems with fraud and ID theft. NetCents’ platform uses blockchain technology to ensure that once a transaction is completed in a store or on a website, no information is left behind to be scooped up, and there are no merchant chargeback fees. Once a transaction has gone through, the merchant is assured that it’s final.

For a FinTech operator offering a seamless, easy-to-use service, their own company’s evolution has been anything but easy, Moore noted in a recent interview. “Four years ago, we were working with 80 percent of banks serving the online gambling sector. Things were great, we were flying all over the world introducing our payments system” and they were just days away from a big deal.

Then legislation came down aiming at money laundering, and banks got cold feet about getting involved with gaming sites. “We thought that was it, that we were dead in the water,” Moore said.

Instead of giving up, the company pivoted away from the online gaming sector and aimed at the merchant marketplace. Eighteen months later, they’re still at it. “We’ve grown so much since then. What we’re trying to do is introduce this solution to the masses.

ZINation, an automated merchandising platform for e-commerce storefronts, announced today the launch of its Product Catalog Builder on Magento. Owned by eBay, Magento has…