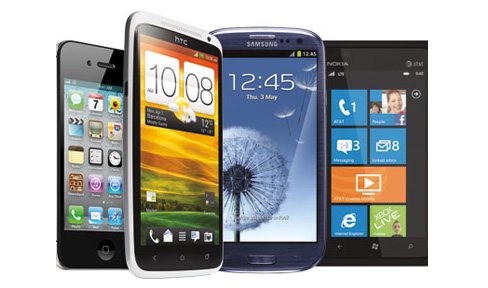 Nearly one third of Canadians (28 percent) will skip their morning coffee in exchange for anytime, anywhere internet, according to a new report released this morning by Rogers Communications called the “Rogers Innovation Report”.

The telco came up with a bunch of other cool stats as well that forecast that rise of what Rogers calls “Generation D”, or the device generation. Indeed, 52 percent of Canadians own a smartphone, spending an average of 70 percent of the day with their phone within reaching distance. And within five years, a quarter of Canadians believe they’ll be sporting at least two connected devices.

As well, the report indicated that Canadians are already heavy users of accessories and customized apps, and expect technology to be even more integrated into their lives within the next five years. Over one-third (39 percent) of Canadians believe virtual communication will replace face-to-face interactions and half expect to converse exclusively through text, social media and email in the next five years. That’s a bit of a scary thought to me.

“Enhanced networks are leading to a rise in internet usage in Canada, creating ‘Generation D’ – a group that lives and breathes life through mobile devices and that shares an optimistic view of what’s next,” said Rogers Communications’ Raj Doshi. “Over the next few years, technology will continue to shift into high gear, offering consumers completely personalized connected experiences anytime, anywhere.”

This ‘Generation D’ are frequent users as social media and apps, as one one expect, and their expectations are getting greater. A quarter of Canadians admitting to Tweeting or Facebooking someone while in the same room; over half (52%) of Gen Y tapped into this trend. They also had a buffet of twenty-five apps on average, with the most popular being Snapchat for Gen Y (46 percent) and Facebook (74 percent) for the majority of Canadians.

Some might argue that the expectation of ‘Generation D’ are getting unrealistic too. Over a third (39 percent) expect apps to become their butler, to draw baths, cut the lawn, vacuum and even do their laundry.

From connected closets to cars, virtual wallets and interactive TV, here’s what Canadians’ expect in the future: