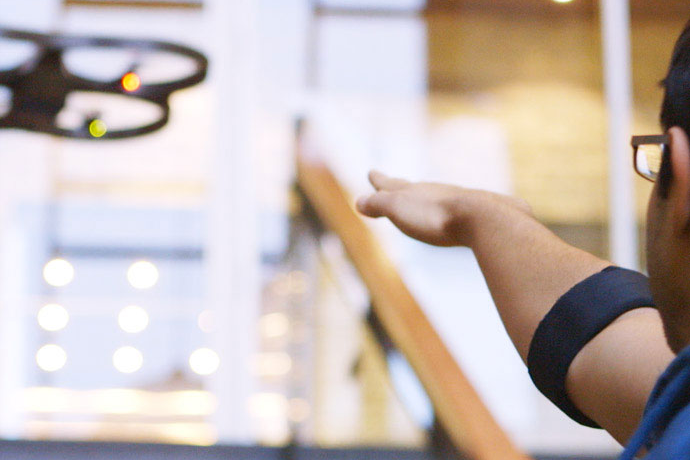 Kitchener-based Thalmic Labs, the startup behind the gesture-control armband MYO, knows two is better than one. The team recently announced that users can start to use two MYOs at the same time for applications that support one armband on each arm. To mark this new capability, they’re reaching back out to those that have pre-ordered to give them the chance to double their order.

Thalmic is also encouraging developers to consider this ambidextrous feature when developing their applications for the device. The team wasn’t able to comment as to whether there are existing apps using this functionality, but did suggest that using two MYO’s at once will be very effective for a variety of apps including gaming, 3D modeling and music creation.

The ability to use both arms comes hot on the heels of Thalmic’s announcement earlier this month of their Developer Program. Thalmic has started to accept applications and those cleared will be based on their app ideas, then be granted access to the portal and be given pre-production devices over the next coming months. Developers who have already pre-ordered will be considered first for pre-production devices.

Along with the multi-arm announcement, Thalmic Labs also confirmed that they’re on track to ship their first batch of devices to pre-orders made between February and mid-March by the end of this year, with the remainder of the pre-orders to follow in the second batch.

At $149.00 a pop, it will be interesting to see how many early adopters bump up their order for an additional armband. The potential use cases are definitely there. Two bands can definitely take air guitar, racing and fitness type applications to the next level. It will be up to the developers to prove that this model will work.