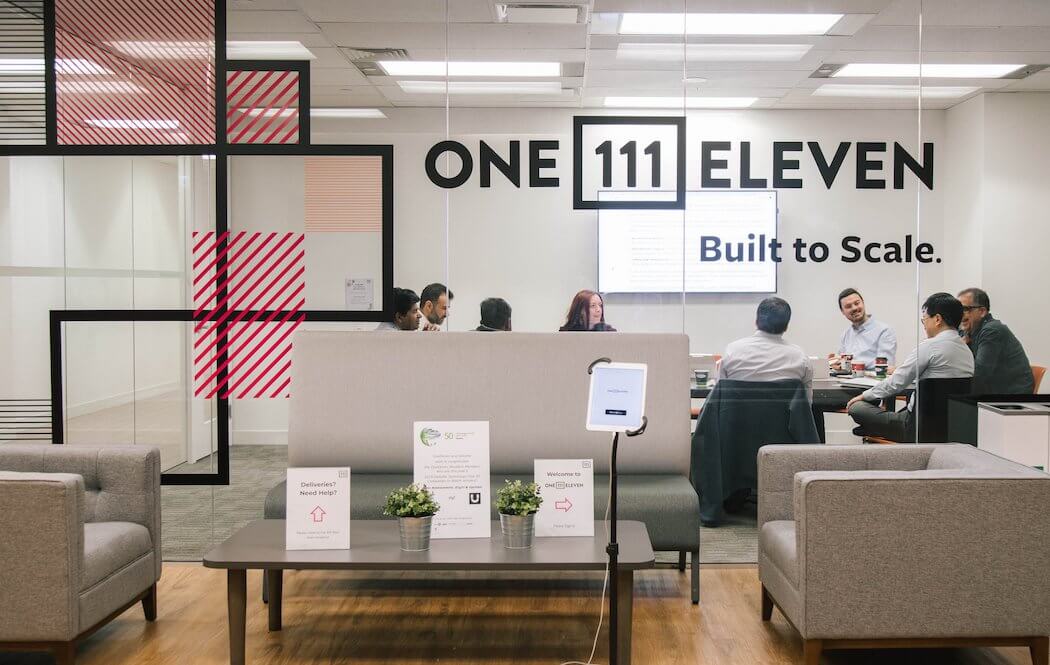 MaRS and Ontario Centres of Excellence (OCE), the latter notably a founding partner of OneEleven, are both involved, according to multiple sources familiar with the process who spoke to BetaKit under condition of anonymity. An Oxford Properties spokesperson confirmed with BetaKit that it has received one additional proposal, but declined to name the interested party (The Globe and Mail is now reporting it’s Paramount Fine Foods founder Mohamad Fakih. Per BetaKit editorial policy, this story will omit links to The Globe’s report until it acknowledges our original reporting).

Oxford is expected to make a decision this week on which party would be chosen to relaunch OneEleven.

According to those BetaKit spoke with, the arrangement would include a transfer of the OneEleven brand as well as its office space, located at 325 Front Street in a building owned by Oxford Properties. One source noted the potential for some former OneEleven staff to make a return as part of a potential relaunch (BetaKit has yet been unable to confirm if any former employees have been contacted regarding the prospect. Former executive director Siri Agrell told BetaKit today that she has to date not been contacted or asked to be involved in a OneEleven return).

Oxford is expected to make a decision this week on which party would be chosen to relaunch OneEleven.

“We are committed to finding a long-term solution for OneEleven’s members but, as these negotiations are ongoing, we cannot comment on any specific proposals that we have received,” Oxford said in a statement. “We can assure you that all received proposals have been given due consideration. Our intention is to move forward with the proposal that is best suited to support the interests of members of OneEleven and all stakeholders.”

“The business is being wound up and the naming rights will be transferred to the organization that goes on to run it,” the spokesperson told BetaKit. There are no proceeds to Oxford.”

“We are currently in discussion with numerous stakeholders to consider a not-for-profit model to best support these companies.”
– OCE spokesperson

Both MaRS and OCE confirmed some level of involvement in plans to relaunch OneEleven, but offered limited specifics. Karen Mazurkewich, VP, Strategic Communications told BetaKit via statement that, “MaRS is happy to be part of the community of support around OneEleven companies, but we will not be assuming any operations. We are not leading any proposals at this time.”

“OCE has been a strong supporter of OneEleven,” an OCE spokesperson said via statement. “As a founding partner of OneEleven, OCE was approached by several OneEleven companies to explore opportunities to restore the community and maintain continuity. We are currently in discussion with numerous stakeholders to consider a not-for-profit model to best support these companies and OCE welcomes ongoing discussions with all interested parties aligned to the interests of OneEleven companies.”

The push to relaunch OneEleven comes just under two months after the Toronto incubator and tech hub announced a sudden cease to its operations. The decision to cut bait on OneEleven and the 50 startups housed there in the middle of a pandemic has been a sore spot for Oxford, which has received pointed private and public criticism from local startups and government alike.

“I think what happened there [with OneEleven] is a bit of a shame,” Chris Rickett, director, COVID-19 business mitigation and recovery, City of Toronto, told BetaKit recently on the Black Swan podcast. “That a company with a balance sheet like Oxford’s pulls out after six weeks, pulling the rug out under their startups in that space after six weeks, is pretty shameful.”

BetaKit confirmed with both OCE and the City of Toronto in April that no requests for aid were made by OneEleven or Oxford to either organization prior to the Toronto incubator’s shutdown.

The vocal outcry against the decision has led Oxford to find a way to save face, according to those BetaKit spoke to. Conflicting communication from Oxford to OneEleven’s startup tenants have only exacerbated the issue, with OneEleven asking those tenants for previously abated rent before extending the abatement until June. Per email communication obtained by BetaKit that was sent May 15, Oxford also offered OneEleven startups extended abatement matching provincial mandates for non-essential businesses, and a 50 percent reduction in rent following the abatement period.

“We appreciate the important role you play in Toronto’s tech & the wider economic ecosystem,” the email reads.

Per that email, OneEleven’s direct relationship with tenant startups was expected to end June 1st, with new agreements for those hoping to stay in the 325 Front Street space to be signed directly with Oxford.

However, at time of publishing, an arrangement for direct negotiations with Oxford has not been put in place. Those BetaKit spoke with believe the delay is a result of the ongoing bidding process.

“We continue to work closely with Oxford to finalize the arrangements for you to enter into direct arrangements with them,” reads an email sent by OneEleven to its tenants last week on the matter obtained by BetaKit. “While we are close, we are not yet there. In the meantime, please note that OneEleven will not be seeking payment of any member fees for the month of June. We are working diligently to finalize our arrangements with Oxford Properties imminently, and we thank you for your patience in the interim.”

Update (20:00 06/09/20): This story has been updating with additional information, including commentary from OCE, MaRS, and Oxford.

Talking about death can be uncomfortable; it’s unsettling to think about a loved one’s mortality, and can bring up thorny family disputes. Toronto-based will-creation…