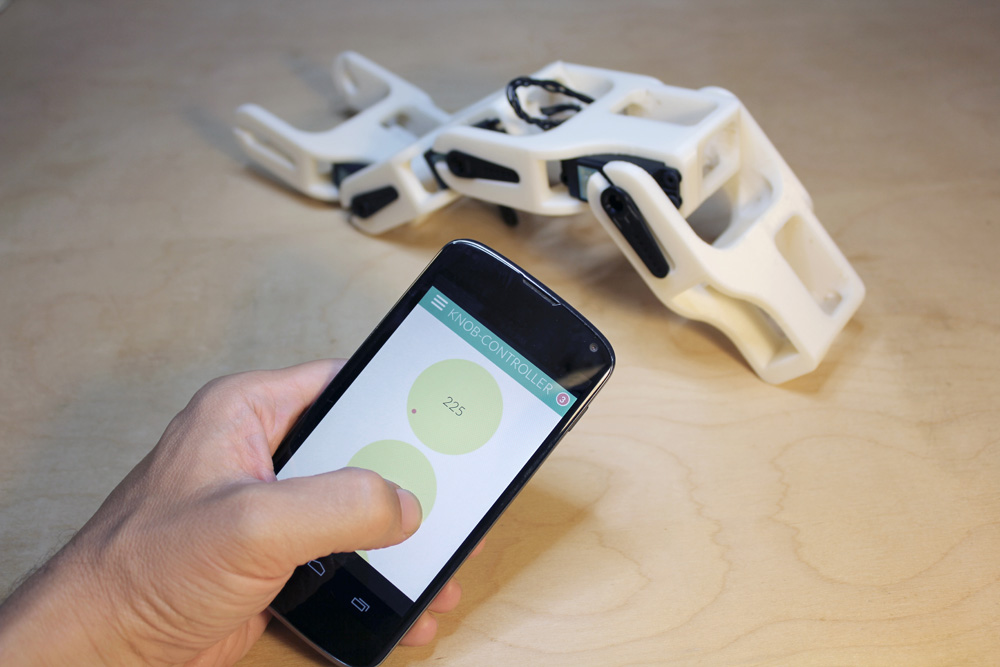 “Where are the robots?” Nick Stedman asked me. “People have been promising the robotics revolution for over a decade now, but where are they? We don’t see them”. And he’s right. Outside of the Roomba vacuum and a couple of toys, robots are still the one big thing missing from the promised vision of our future. But Stedman, founder of Toronto-based startup Motiph, is on a mission to change all that.

Motiph is the company behind the Moti, a smart motor which you can attach to anything to make a robot and then control it with your phone, tablet or computer. Motiph wants to democratize the creation of robotics by equipping everyone with what they need to make them. By making robotics less complex, they hope to inspire more and more robots to be created thus making a robot-filled life a reality.

Stedman is not new to robotics. He has been creating them for over a decade and is most known for The Blanket Project – a robot shaped like a blanket that moves in wave-like patterns – created in support by The Canadian Council for the Arts back in 2001. Stedman found himself frustrated with how much work and time it took to get started with building a robot. He saw an opportunity to make a set of tools which he couldn’t find on the market today which would remove some of the complexities in getting involved with robots.

For Stedman, robotics are in the same state PCs were 30 years ago. Robotics today are still primarily limited to industry. Like the PC, they require something to make them easy enough to use to transition them to people’s homes. And he hopes that Moti is the answer.

Moti is designed to be used right out of the box. Attach the Moti smart motor to anything you’ve created, add power and BAM – an instant robot! Moti is controlled by any Bluetooth-capable device using the Moti app. There are endless possibilities for creating working robotics with Moti including DIY robotics and automation solutions like remotely controlling your blinds or locking your door with your phone.

For those looking for a more advanced experience, Moti has an Arduino compatible microcontroller built-in which means you can upload code, add sensors and shields and network many Motis together to meet your applications demands. Motiph will also have RESTful API to allow developers to create a custom app or game to control your robotic. The vision for Motiph is to build an open source platform for robotics to inspire a community of robot makers who will use Moti to push the limits on robotics in and out of the home.

Motiph is currently ramping up for their crowdfunding campaign with the intent to use Kickstarter once it officially launches in Canada September 9th. The campaign is expected to have a funding goal upwards of $60,000 which will be used for their first manufacturing run. Stedman told BetaKit that crowdfunding will be important for Motiph for a couple reasons including visibility, testing of the market and acquiring the necessary funds. They expect to have various backer levels which reward funders with motors and robot kits including a larger package which will give everything you need to create an elaborate robot.